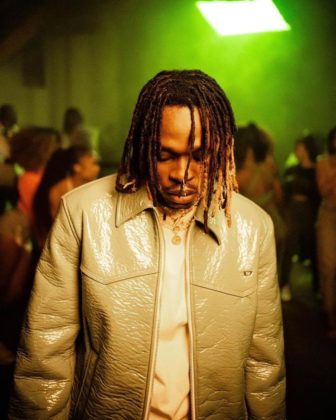 ‘Peru‘ was one of the hit tracks released by Fireboy DML last year. Due to his massive audience, Fireboy DML welcomed a remix to the song with London singer, Ed Sheeran. The song is currently topping charts on Uk Apple Charts. The new achievement will make Fireboy DML be the first Nigerian to top the UK Apple Charts.

The Nigerian singer made the revelation on his Instagram page on Saturday, the 15th of January 2022. He wrote, “number 1” with the British flag.