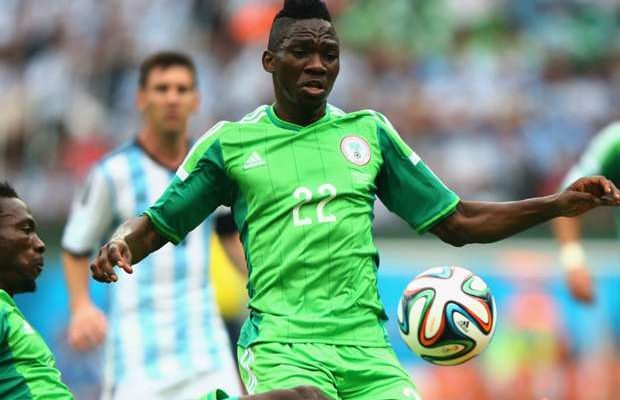 Super Eagles defender, Kenneth Omeruo believes the Eagles can go ahead and win the ongoing Africa Cup of Nations in Cameroon, but admit that the team must take each game at a time.

The Eagles qualified for the round of 16 after a convincing 3-1 victory against Sudan on Saturday.

Samuel Chukwueze, Taiwo Awoniyi, and Moses Simon all scored to give Nigeria a 3-0 lead before Khedr Daiyeen scored a consolation goal from the spot for the Falcons of Jediane in the 70th minute.

Speaking with ABEG.NG, former U-17 and U-20 defender Omeruo said, “We have the ability to win the AFCON but we have to take each game as it comes.

“This squad is as talented as the team that won it the last time in 2013, so we are confident but remain focused on the next game.”

Omeruo, who is one of the two players in the current squad that lifted the AFCON in 2013 in South Africa, also spoke on his partnership with William Troost-Ekong at the tournament.

“I played with him several times in the national team and we were partners at the last tournament but above all, we’ve been in the team together for over six years so we have a bond, the team inclusive.

“We will keep growing and I hope this time we win the cup but we must not take anything for granted.”

Nigeria leads Group D with six points and will face Guinea Bissau in their final group game on Wednesday.