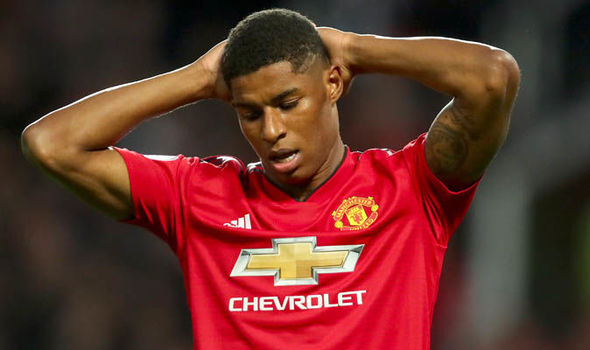 Manchester United forward, Marcus Rashford has been told to leave the club immediately in order to revive his football career

Former England striker, Lianne Sanderson said Rashford may need a transfer away from the club to reignite his career.

Sanderson said the England international’s demeanour is a worry and suggests he is in need of an arm around him.

The 24-year-old forward is going through a difficult period in his career since he returned from surgery on a shoulder injury.

The forward only has two goals in his name and one assist in 11 Premier League appearances.

“Right now, Marcus Rashford looks like he needs an arm round him. He isn’t playing well. He doesn’t look himself. And he doesn’t look happy,” the former striker told talkSPORT.

“I think a move away, at some point, might be good for him as well.

“What’s going to do? Stay there and just do exactly what he’s doing now? If he continues like this for the next two or three seasons are we just going to say he’s going to stay there?

“Maybe he’s been through so much at the club, similar to Jesse Lingard, that a fresh start [will be good].

“Look at when Jesse Lingard went to West Ham,” he said.