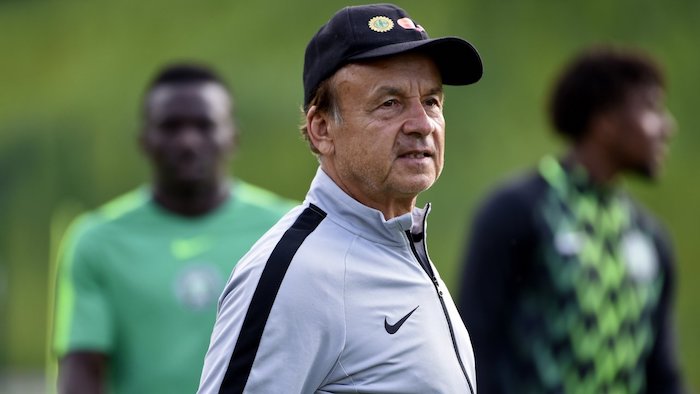 Rohr described Moses as a perfect gentleman, adding that he loves the player’s attitude.

The German revealed that when he was in charge of the Super Eagles, a lot of people wanted him to drop Simon from his squad.

Recall that the Nigerian Football Federation (NFF) recently sacked Rohr and appointed Jose Peseiro as the new permanent handler of the Super Eagles.

Interim Super Eagles coach, Austin Eguavoen will hand over to Peseiro after the 2021 AFCON in Cameroon.

“When I was coach, a lot of people wanted me to drop him [Moses Simon], but he is very important to my team,” Rohr said on Canal Plus TV ahead of Nigeria’s 2021 AFCON tie with Guinea-Bissau on Wednesday.

“He puts the team first and plays for all with ease.

“I love his attitude on the pitch and he’s a perfect gentleman off the pitch. I never doubted him.”

Simon has received many praises for his performances for the Super Eagles so far at the ongoing 2021 AFCON.

The winger was named man of the match in Nigeria’s 3-1 win against Sudan last Saturday.