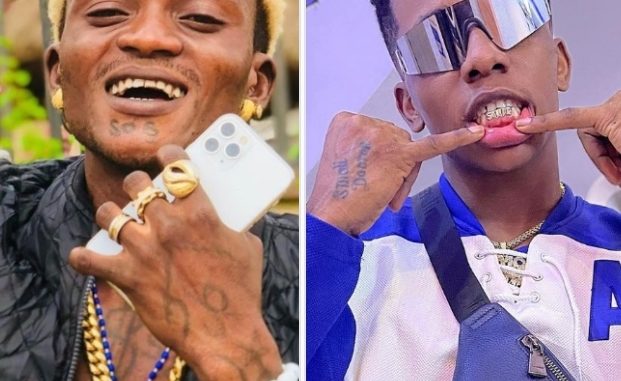 Portable keeps bagging musical features, and this time he teams up with Small Doctor.

Portable, who was introduced to the industry courtesy of his song with iconic rapper Olamide titled “Zazoo Zehh“, is not planning to leave anytime soon as his work ethic continues to increase as the day passes.

Although the newbie’s career has been plagued with a lot of drama but he seems to be focused on the business aspect. Having released two singles, “Zazoo Zehh” and “Ogo Forever” in the space of a month, the energetic singer isn’t slowing down on recording more music and hopefully churning them out.

A song with Barry Jhay and another with Small Doctor? – Wow 😁

After having recently linked up with Afro-fusion sensation Barry Jhay for a song, the father of two recently announced that he will be dropping a song with Small Doctor soon.

The song is titled “Neighbour“, and produced by talented Nigerian beat-maker Shocker.

Listen to the snippet below:-