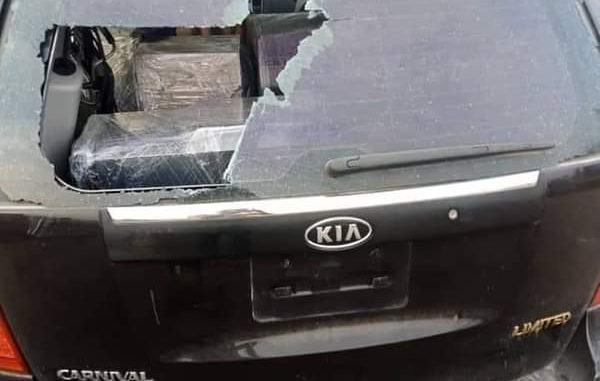 Scores of commuters planning to travel from Ibadan to Lagos state are currently in fear of being kidnapped.

Our correspondent gathered that there had been several cases of kidnapping of motorists along the Lagos-Ibadan Expressway.

It was gathered that the major area where the kidnappers had been abducting motorists plying the Lagos-Ibadan Expressway is a location after Abule Onigaari.

ABEG.NG gathered that Abule Onigaari is one of the locations situated at the boundary between Oyo and Ogun states.

It was learnt that gunmen suspected to be kidnappers, had the penultimate weekend, killed a commercial driver identified as Oluwatosin Aruwajoye.

ABEG.NG learnt that the kidnappers on Saturday 8th January abducted five passengers, while another person, Ibrahim Tiamiyu, was shot in the thigh.

ABEG.NG learnt that the eight-seater ash coloured Toyota Sienna bus with registration number MUS 493 HH, was heading to Lagos from Ibadan when the kidnappers struck.

The kidnappers were said to have suddenly emerged from the bush and started shooting the bus.

Our correspondent gathered that the case was reported at Toll Gate Police Division.

It was also learnt that an actress, Bimpe Akintunde, and her daughter had also escaped being kidnapped in the same location.