LET’S TALK! Share Your Experience(s) At A Football Viewing Centre 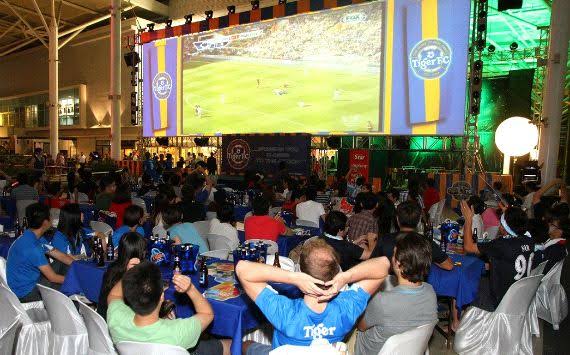 It’s no new thing that from the streets to neighbourhoods and even campuses, local football viewing centers are very common in Nigeria.

National team events such as the FIFA World Cup, the EUROs and AFCON are also shown live by connecting to a satellite link via decorders.

Different individuals from diverse backgrounds come together at a viewing center to support their clubs and throw banters and mild jabs at opposing fans.

Some people who have access to these matches in their homes prefer to come to the viewing center which acts as a makeshift mini-stadium.

I was once at a viewing center during the finals of one UEFA Champions League when one guy wanted to disconnect his charger from the extension wire.

This led to the Television/Decoder cord to be disconnected and the live feed was lost.

The guy was almost lynched!