MORE LOVE LESS EGO!! Wizkid Finally Reconciles With His Producer Northboi Ahead Of His Upcoming Album 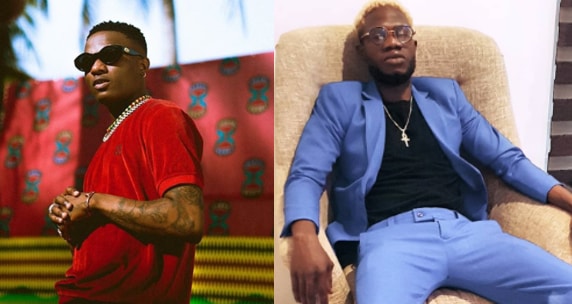 Nigerian Afrobeat superstar Wizkid has reunited with his long-disappeared producer, Northboi, in a new video that shows the duo working on new music in the studio.

The video was shared via Instagram on Wednesday, the 19th of January 2022.

In the video, the duo was working together on new music in the studio.

Recall, Northboi took to Twitter in October 2019 to chastise Wizkid for giving credit to Killertunes for Joro

He also made it public that Wizkid had threatened him with a pistol when he requested a contract for his beats.

In this interview, The producer disclose that Joro was not the reason he was angry because even though Starboy gave another producer the credit for the song he produced.

He states that the reason he fell out with Starboy was because of the beats he made for Wizkid’s track with Damian Marley and Big Wiz reluctance to sign a contract for that.

In the video spotted by Naijaloaded Wizkid and Northboi have put their differences aside and are now working together in the studio to bring their fans new music.