Wizkid, Davido, Or Olamide – Who Will Have The Best Project This Year? 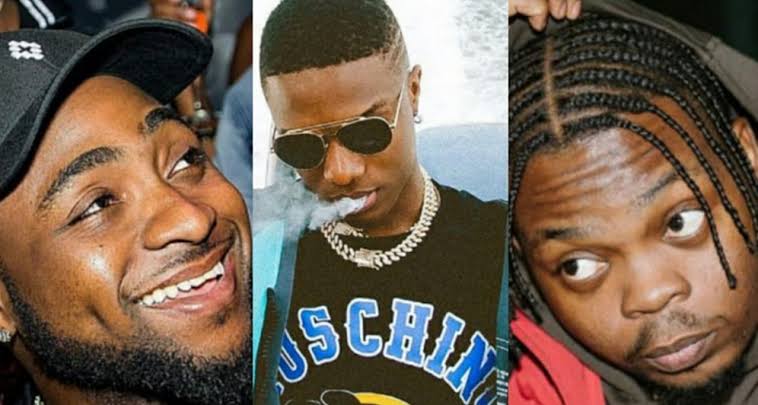 For more than ten years, the trio of Wizkid, Davido, and Olamide has dominated the industry with their music, setting records and breaking some.

For more than ten years! They did it, and they still haven’t stopped. For the first time in 2020, the three of them all dropped full-length albums that are very important to their careers.

Wizkid released his smash “Made in Lagos” LP, while Davido put out his anticipated third album, “A Better Time.” Olamide also had a stellar 2020 with the release of his interesting project, an album called “Carpe Diem.”

But that was 2020. More than a year has passed by and it’s time to move on. Well, rumors have it that for the second time, the three of them might actually be releasing projects this year.

While a Davido album is confirmed seeing as he had a silent 2021, WizKid has also announced a project called “More Love, Less Ego,” which is due for release this year too. Olamide, on the other hand, has not made any form of an official announcement, but it’s very unlikely that he doesn’t release a project in 2022.

Well, now we’re expecting one project each from the trio. But who’s going to pull up with the best one? Who’s gonna steal the show this time around?

Wizkid, Davido, Or Olamide, Who Will Have The Best Project This Year?