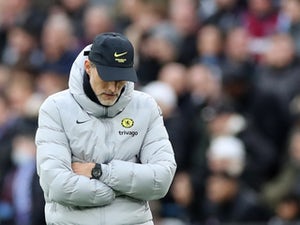 Jamie Carragher says it is important for Chelsea to keep hold of their current manager Thomas Tuchel.

There has been speculation that the German could end up leaving the club due to the current circumstances surrounding the Blues.

Tuchel has insisted he has no plans to leave Stamford Bridge.

The day-to-day future of Chelsea is unknown right now due to financial constraints after the government sanctioned Roman Abramovich, with the Premier League outfit now seeking a new owner.

“I think now he is vitally important [to Chelsea]. He is a brilliant manager, we know that from his record, but the way he has handled himself in the last couple of weeks has really shown what kind of a guy he is as well, not just his quality as a football manager,” Carragher said.

“He has been the figurehead for Chelsea Football Club for speaking out. He has been getting asked questions constantly before and after games and he has come across really well. He has been a real leader for this football club.”

Since taking charge of Chelsea partway through last season following Frank Lampard’s dismissal, Tuchel has gone on to win the Champions League, Super Cup, and the Club World Cup, while also guiding the club to two domestic finals.