Woman Cries Out As Faithful Husband Turns Womanizer After She Cheated 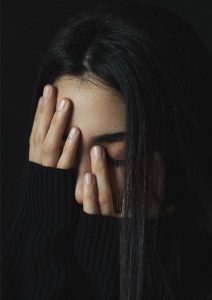 “A woman took to social media to seek advice following the outcome of her marriage after she cheated on her husband.

According to the narration of the wife, her husband works two weeks away from home monthly which left her lonely enough to look for attention outside.

Unfortunatlely, the husband whom she referred to as a faithful man transformed opposite after catching her red-handed cheating on him.

Read the full narration below …

“Good evening Ceetee. As I am typing this, I’m crying. Please house, forgive me for what I’m about to say and please help me and ask my husband to forgive me. I got married to a perfect man. We dated 3years and married for 5years with 2kids.

My husband never cheated on me. Even with the number of girls hovering around him. He’s open to me and he always tell me anytime a girl is shooting her shot. The only thing I’m lacking is his presence. He works two weeks in and two weeks out. Depending on the location. Sometimes, there won’t be network and we can’t talk until his out.

I’ve complained and it seems nothing can be done apart from resigning and I don’t want him to resign. Anytime there’s network, he calls me always.

The problem I’m facing is that I cheated on my husband and he caught me red handed. Caught me in d act. My husband cried bitterly for two days that I became afraid that he will die. On the 3rd day, he changed my name from all his properties and told his lawyers that house rents will be going to his account. Because I’m not working.

He actually told me to be collecting the rent age money for my upkeep. The total money yearly is 11,000,000. He took all from me. Now he has started womanizing. I’ve been apologizing for 6months. He said he has forgiving me but he has not touched me. He said I irritate him.

Tenants are still paying rentage into his account. He has numerous girlfriends. He is not the one going after them. But if you give him green light, he will respond.

Sister chioma, my husband even sent you a request to join your single page but u asked him about a lady on his page and he answered “my wife but we’re separated ” you told him he’s not divorced yet so he can’t join. I don’t know if we can still go back to how we were.

My husband said his defenses has be broken. He can no longer say no to ladies. He was able to say no because he never wanted to hurt me. He didn’t know I will pay him back. Please house, how do I remedy this?