Four Suspects Arrested Over Alleged Murder Of Farmer In Abuja 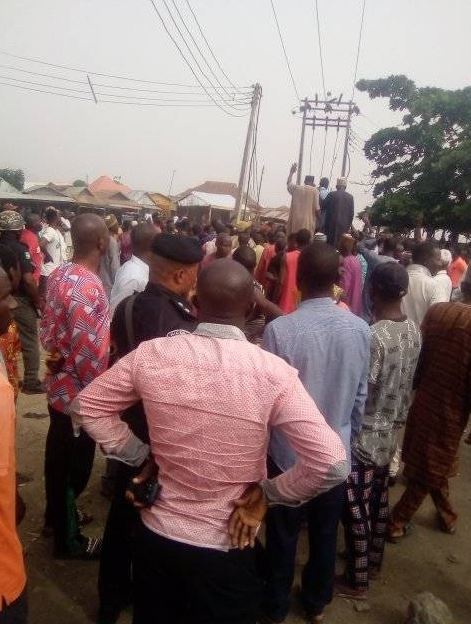 Four suspects fingered in the murder of one Sani Abdullahi in Giri village, the outskirts of Abuja have been arrested by the Federal Capital Territory (FCT) Police Command.

It was gathered that the deceased, a vegetable farmer, was allegedly hacked to death on his farm by the suspects.

Spokesperson of the command, DSP Josephine Adeh, confirmed the arrest in a statement on Tuesday March 15.

“On March 14, 2022, at about 3:00 p.m., the Gwagwalada Divisional Police Headquarters received information from a well-meaning resident of Giri village about the attack on one Sani Abdullahi, a male of Hausa extraction, who was allegedly hacked on his farm on March 13, 2022,” the PPRO stated.

“The victim was attacked alongside five others, who sustained various injuries by four men of the same address and of Bwari extraction.

“The victim who was earlier rushed to the hospital was later confirmed dead by the doctor on duty on the same day, while three of the other five victims are currently in the hospital, responding to treatments.

“Consequently, the Command’s intelligence and investigative assets attached to the Division were detailed for action, leading to the arrest of Timothy Emmanuel, Joshua Sunday, Usman Mohammed and Danlami Steven, all male.

“All efforts to conduct an autopsy on the deceased proved abortive as the relatives vehemently insisted on retrieving and burying him according to Islamic rites.

“Following the above, the incident degenerated into a tense situation in the area, which was immediately greeted with a heavy deployment of police personnel to the village.

“Meanwhile, resulting from a concerted effort of the police, sister security agencies, and stakeholders in the community, normalcy has been restored, while monitoring and investigation continue in the area.

“The Commissioner of Police, FCT Police Command, Babaji Sunday, while registering his condolence to the family and friends of the deceased, urged residents to maintain calm as he promised a discrete investigation into the case to ensure justice is served. 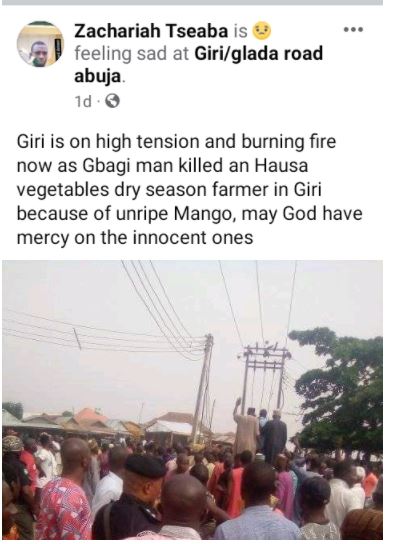