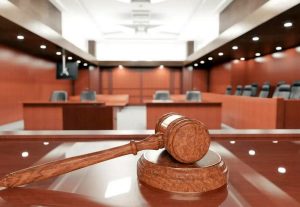 Two brothers, Anu, 20 and Tayo Akinsanya,18, have been handed a three months sentence each by an Ota Magistrates’ Court in Ogun on Monday for stealing two ceiling fans from a Mosque valued at N44,000.

Earlier, the Prosecution Counsel, Inspector E.O. Adaraloye, told the court that the convicts committed the offence on March 17 at about 11.30 pm at Iwoye town in Ota.

Adaraloye claimed that the convicts had broken into the Iwoye Central Mosque and stolen two ceiling fans worth N44, 000.

The convicts, whose addresses were not provided, were thus charged with theft and burglary.

Magistrate A. O. Adeyemi observed that the prosecution had proven its case beyond reasonable doubts, and found the duo guilty of the charge preferred against them.

Delivering his ruling, Adeyemi sentenced the two brothers to three months imprisonment each without an option of fine.