Kemi Ayorinde, the controversial babymama of singer, Lyta took to social media to slam him again.

It would be recalled that Kemi once called out the singer for doing the bare minimum to support their child while accusing him of infecting her and their baby with an STD.

Despite reconciliation and the series of romantic moments that followed, Kemi, once again took to her Instagram story to drag Lyta to filth.

Never looked back since.

Posting and showing your child off on the gram but how many times do I have to text you to call him and let him talk to you,” she wrote. 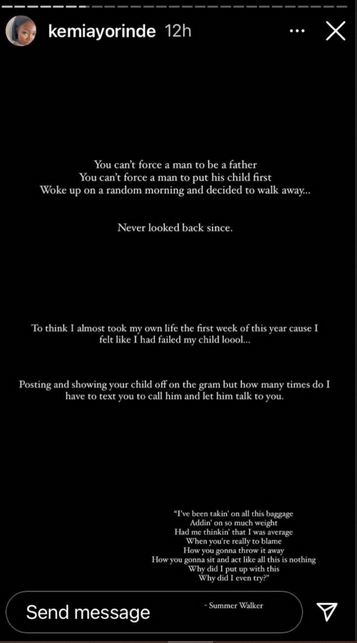