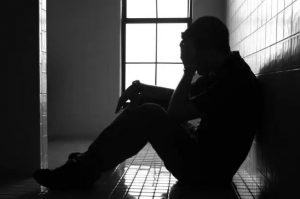 A Nigerian man took to social media to share a scary experience after he offered a lift to a random woman and a child he met at a bus stop.

According to him, the woman was an alleged child trafficker and used a knife to threaten him when she saw how scared he was.

Sharing his sad ordeal in the hands of the lady, he said;

“I had a very terrible experience today. I was coming back home this evening from work and I saw this woman at a bus stop with a small child of about 3 years.

What struck me was that the woman had a serious looking injury on her foot and she was carrying a big bag and a small child with that pain and injury.

The good man in me said I should ask her of her location and help her. After a deep thought, I turned and drove to the bus stop to pick her and the child so I could help.

I got to her and asked where she was going. She told me and luckily it was same area I was going to. I asked her what happened to her leg, she said she will explain when she enters inside the car. Hmmm….

I told them to enter and she entered with her child. After she entered, that was when I knew I had made a very wrong move. Fear took over me. First of all, I noticed that the injury I saw was not really an injury. It looked more like a fake makeup injury.

She noticed I was getting scared and brought out a knife and asked me to drive to wherever she tells me. Turns out that this woman was a child trafficker. The child she was carrying wasn’t hers and I feel for the family of that child.

She later asked me to get down from the car. She covered my eyes and took over the car wheel to drive… She drove for a very long time. I was already fainting in fear and gasping for air.

We finally got to a location. Some other people came out and asked her who I am. She explained and told them to allow me to go. They refused and she continued to plead with them. After pleading, they finally allowed me but they took my car. And asked me to run away. I lost my car but I’m grateful for life. I’m back home for all those who have been calling and texting me.”