LOVESTUCK! Mr Eazi Carries His Girlfriend Temi Otedola On His Back After Fun Night 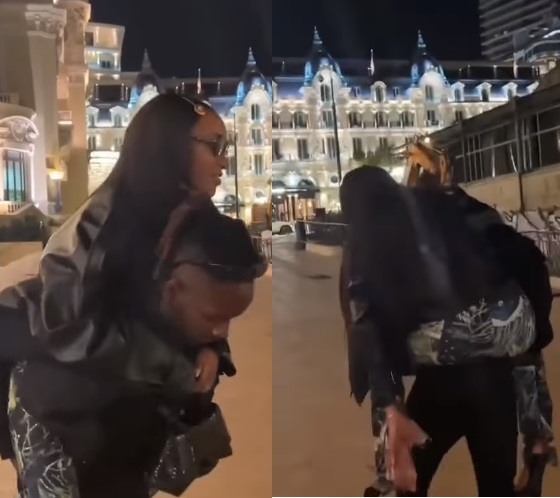 Musician, Mr Eazi has enjoyed a night of fun with his girlfriend, Temi Otedola.

The doting boyfriend didn’t waste time to show how he loves Temi.

As the pair were seen leaving an establishment after spending time with friends. As they walked out of the venue, Mr Eazi carried Temi on his back.

He was later seen bending to help her remove her high-heeled sandals.

This comes after they celebrated Temi’s 26th birthday in style.