APC: Buhari Chose Adamu Because He’s The Best Of The Best – Amaechi 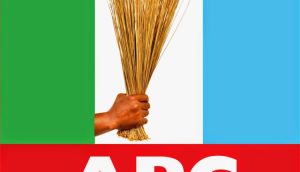 ABEG.NG reports that he emerged through a consensus arrangement after other aspirants withdrew from the race.

Also elected through consensus is Emma Enukwu from Enugu State as the Deputy National Chairman, South.
The consensus candidates were confirmed through a voice vote at the national convention of the party.

And Amaechi, in an interview with Channel Television, disclosed that President Muhammadu Buhari consulted widely among governors, founding members of the party and other stakeholders before the choice of Adamu was made.

He said despite the fact that all the aspirants were qualified and were eager to lead the party, Buhari chose the person who can manage the party, for now, adding that Adamu was first among equals.

Asked why he rooted for Adamu, Amaechi said he never supported the former Nasarawa governor but only supported a consensus candidate backed by the President and other stakeholders.

“One mistake everybody is making is that just because for a very long time nobody has heard my voice and just that nobody saw me in front of any candidate, they just reach conclusions.
“Nobody can say today they saw me in front of Akume, Almakura or Abdullahi Adamu. I was just calm and quiet to allow the party vote for who they want.

“He will be a good leader. You see, all of them are qualified to lead the party. Almakura was a governor, Akume was a wonderful governor in Benue and my friend Mustapha is young, vibrant and eager to rule.

“My friend Musa, a Senator, is qualified. You can’t be in the Senate if you’re not qualified.

All of them are qualified but one person will emerge. It is what we call ‘first among equals’ in parliament.

“So what Abdullahi Adamu is doing is representing everybody in the party as first among equal. Consultations? The President consulted everybody. He consulted the governors, the stakeholders,

“We had dinner with the President. I’m sure you saw the photographs of the President with the founding members. So it was a question of ‘okay, we think all of them are qualified but we think this person can manage the party for now’. It was a matter of choice.”