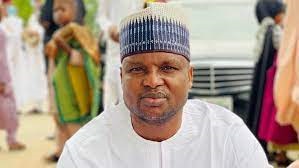 The duo were charged with five others in relation to offences of unlawful drug dealings.

Justice Emeka Nwite, in a ruling on Monday morning, held that the prosecution has placed sufficient materials before the court to warrant the refusal of bail to both senior police officers.

Instead, Justice Nwite granted an accelerated hearing of the case.

The judge is reading his ruling on the bail applications by the 4th and 5th defendants – Inspector Simon Agirgba; Inspector, John Nuhu.