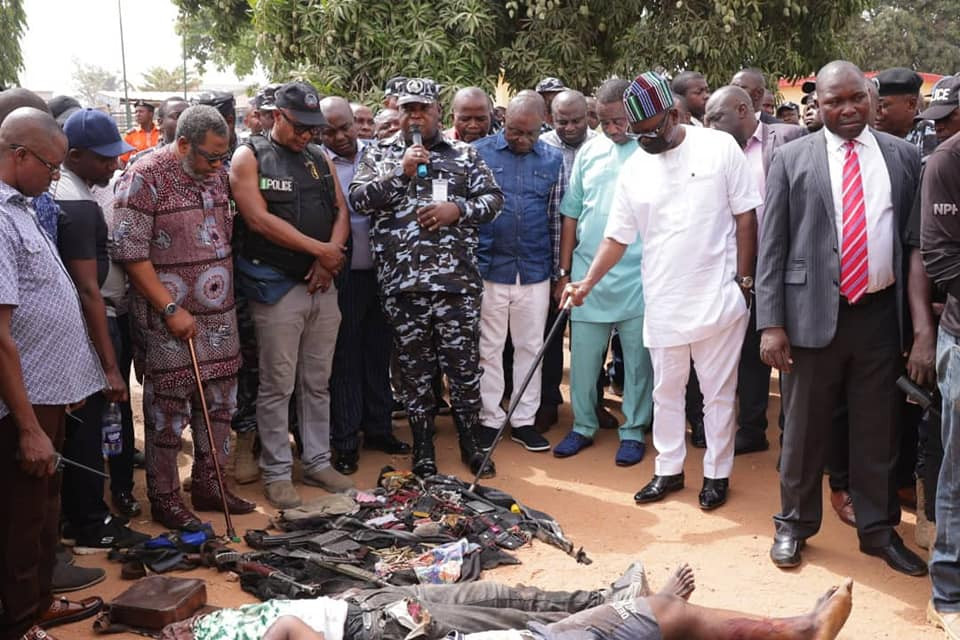 The bandits were intercepted and killed on Saturday, March 26, while on their way to attack a village called Gbajire in the council area.

Those killed include one Solo Orafaga, John Tyoakoso, Jude aka Headboy and another unidentified member of the gang.

Briefing newsmen at the police headquarters in Makurdi, commander of Operation Zenda, CSP Gberindyer Justin, confirmed that the bandits were killed by his men during an operation in Ukum LGA.

He disclosed that the bandits were ambushed after his men got intelligence information that they were on their way to attack a village called Gbagire. 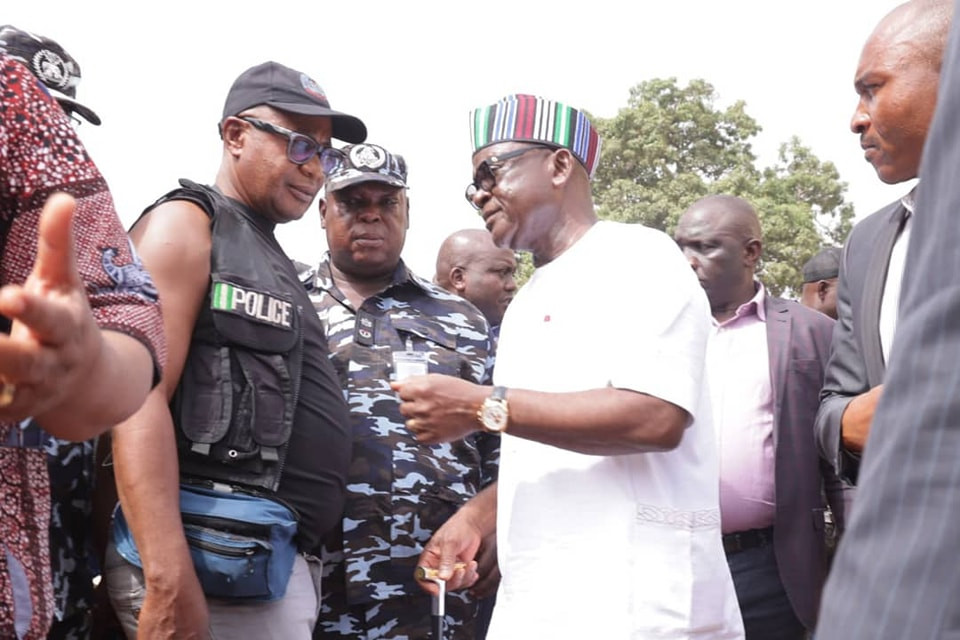 “Unknown to the bandits, all their calls were being tracked by the intelligence unit and were carefully followed up as they executed plans on how to attack the village,” he stated.

Justin said that the bandits who were going on operation were about 20 and stated that aside those four bandits that were killed, many others ran into the nearby bushes with bullet wounds.

Meanwhile, Governor Samuel Ortom has commended the Commissioner of Police, Benue State Command, Wale Abbas and his men for their gallantry in the fight against criminality and banditry.

Ortom gave the commendation at the Police headquarters in Makurdi where corpses of four militia gang members were paraded. 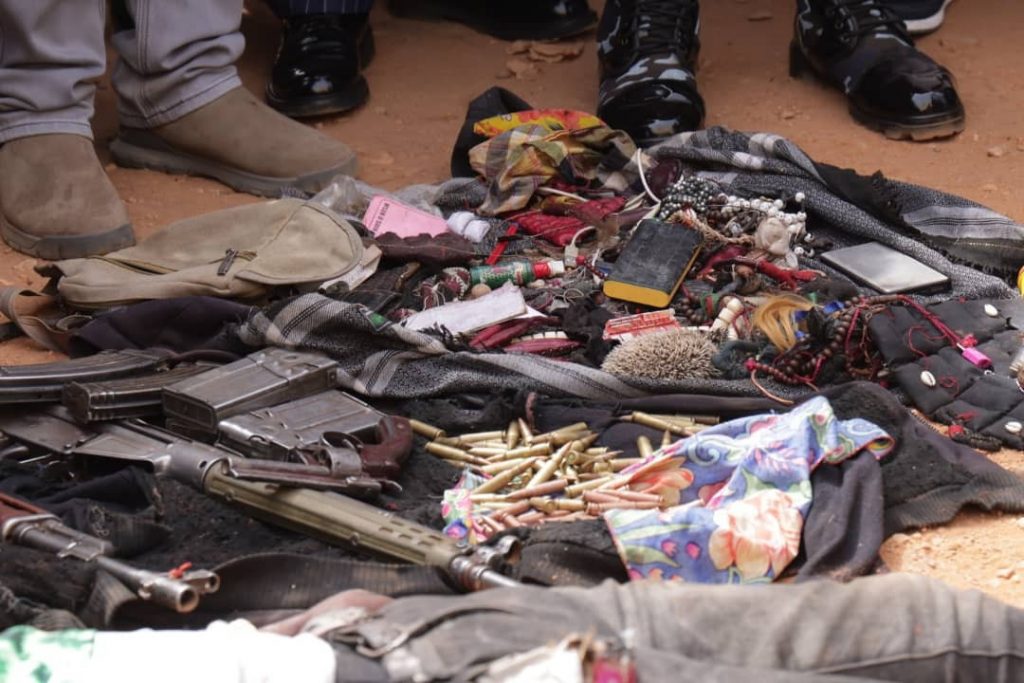 The Governor acknowledged the proactive steps taken by the Police to identify the gang from their hideout and kill four of them, saying the action will serve as a deterrent to other bad elements operating in the state.

Governor Ortom who lauded the Police for being proactive, also commended the Inspector General of Police for his special attention to the State especially in the fight against criminality.

The Governor wondered why promising young people will be involved in fetish activities to seek protection and terminate lives, saying his administration will not surrender to such activities. 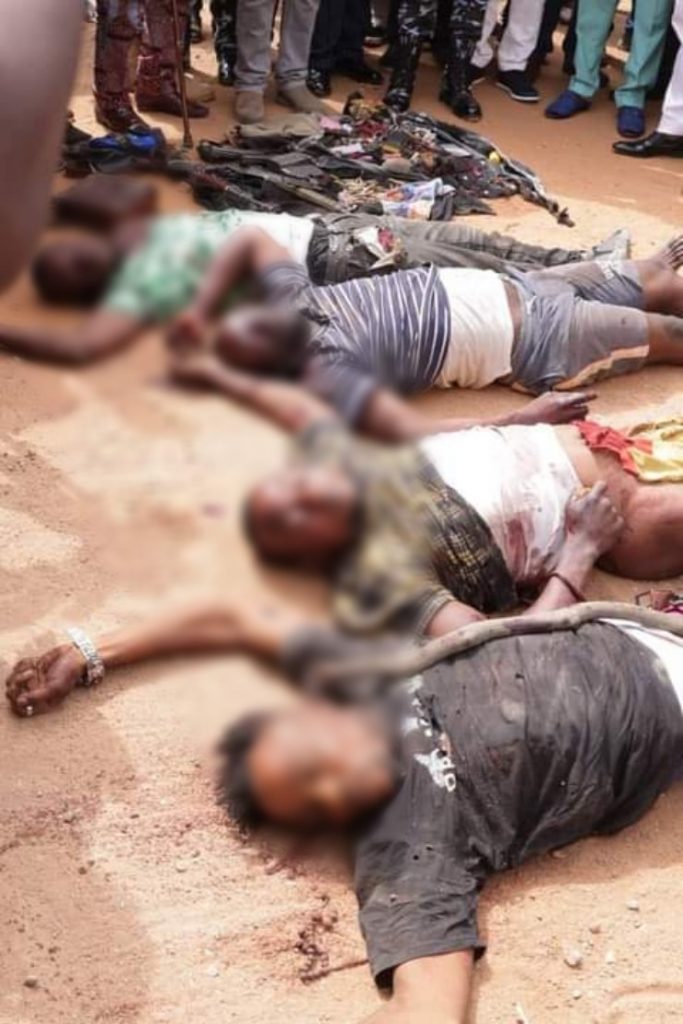 While thanking the IGP for his assistance and unrelenting efforts, the Police Commissioner said the provision of gun trucks to the command has been effective in their fight against criminality and banditry.