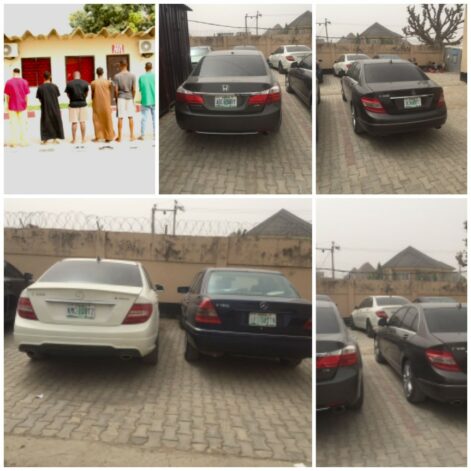 Eleven suspected internet fraudsters have been arrested in Kano state.

The alleged criminals were apprehended by men of the Kano Command of the Economic and Financial Crimes Commission, EFCC.

They were arrested in a sting operation in Kano, following credible intelligence on their involvement in cyber-related crimes.

Five (5) exotic cars, mobile phones and laptops were recovered from the suspects.