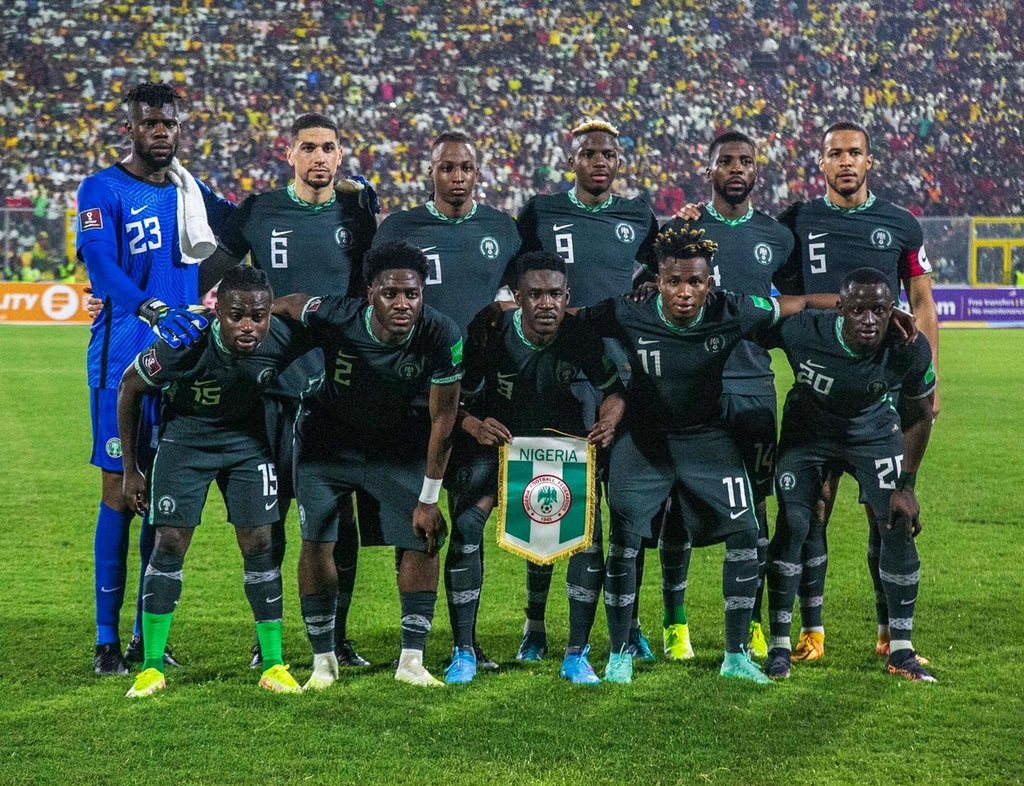 Nigeria will not be playing at the 2022 World Cup.

Africa’s most populous nation are one of the most consistent qualifiers for the biggest tournament in the men’s game, but will have to watch the games in Qatar from home this time around.

The Super Eagles missed out on a World Cup appearance by the finest of margins as their qualifying clash with Ghana ultimately finished 1-1 after 180 minutes of hotly-contested football.

Nigeria miss out on World Cup
However, with the opening leg in Ghana having finished goalless, Thomas Partey’s opening strike for the Black Stars in Abuja was enough to send them through courtesy of the away-goal rule.

That’s despite the fact that a penalty from captain William Troost-Ekong had given the home fans a glimmer of hope that they could come back from behind to nab a last-gasp spot in the draw.

Nevertheless, it simply wasn’t to be with Nigeria’s defeat causing some unsavoury scenes at the Abuja National Stadium with social media footage showing fans invading the pitch at full-time.

Worrying scenes at full-time
According to the Evening Standard, clips are circulating that show supporters causing damage to their own stadium with dugouts and advertising boards pushed over amidst the confusion.

It’s claimed that Ghana players had to cut their celebrations early by running for cover with very few visiting stands cheering amongst the 60,000 supporters in attendance in Nigeria’s capital.

The true extent of the chaos is yet to be established with worrying reports of police intervention and even the purported use of tear gas suggesting that the situation got completely out of hand.

No World Cup for the Super Eagles
Nevertheless, as far as footballing matters are concerned, Nigeria’s defeat means that they will not be present at a World Cup for the first time since the 2006 tournament in Germany.

The Super Eagles have qualified for the knockout rounds of the finals on three occasions with their most recent foray beyond the group stages ending in defeat to France in 2014.

And there would have been great optimism for a similar result had Nigeria reached Qatar with Premier League stars such as Wilfred Ndidi, Emmanuel Dennis and many more in their squad.

However, even for a great footballing nation like Nigeria, there are no guarantees when it comes to World Cup qualification and the discontent caused by this fact could not have been more evident.

We can only hope that everyone is safe and healthy amongst the confusion.