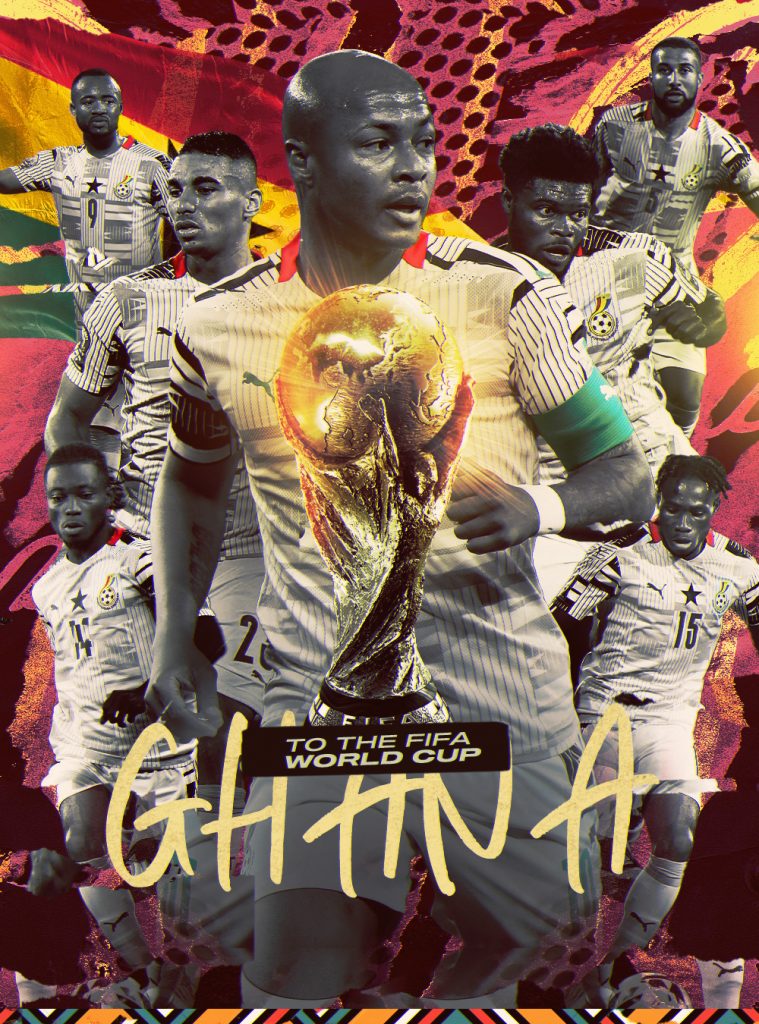 The Super Eagles of Nigeria have been eliminated from the 2022 FIFA World Cup by the Black Stars of Ghana after the second leg of their African qualifiers playoffs ended 1-1 at the Moshood Abiola National Stadium Abuja on Tuesday night.

The Black Stars qualified on the away goals after the first leg in Kumasi last Friday ended goalless.

Arsenal star Thomas Partey put the Black Stars ahead before William Troost-Ekong scored from the penalty spot to make it 1-1.

It is a return to the World Cup for the Ghanaians after missing out of the 2018 edition.

The Eagles had the first attempt on goal after a Ghanaian player almost directed his clearance over the bar for a corner.

Arsenal midfielder Thomas Partey put Ghana ahead in the 11th minute with a low shot which went through the grips of Francis Uzoho.

On 12 minutes Osimhen had a chance after racing on to a long pass and his shot just missed the target, but the flag went up for offside.

In the 14th minute Bassey sent in a dangerous pass which almost located Osimhen but a Ghanaian defender made a good block.

The Eagles equalized in the 22nd minute through Troost-Ekong from the penalty spot after a VAR check for a foul on Lookman.

Few minutes later, the Eagles were awarded a freekick close to the Ghanaian box for a foul on Osimhen but Lookman’s effort came off the wall.

Osimhen thought he had given the Eagles the lead on 35 minutes from a pass from the back but after a long consultation with VAR the goal was disallowed.

Five minutes before halftime Bassey won the ball in a good position but saw his cross hit a Ghanaian defender.

Before the start of the game, the Eagles made a change as Shehu Abdullahi replaced the injured Onyeka.

In the 52nd minute, a good cross from Dennis in search of Osimhen was headed away by a Ghanaian defender.

Five minutes into the second half a good corner was headed by an Eagles player which went just wide.

Osimhen almost put the Eagles ahead on 59 minutes, but his attempted bicycle kick from a deflected cross went just over the bar.

On 70 minutes, Leon Balogun met Simon’s set-piece with his head but the Ghanaian keeper made a good block.

With seven minutes left on the clock, Osimhen made another bicycle-kick attempt from a knock down from Ighalo, only to see his effort miss the target.

The Eagles continued to probe and almost scored from a corner, but a Ghanaian player cleared the ball off the line.