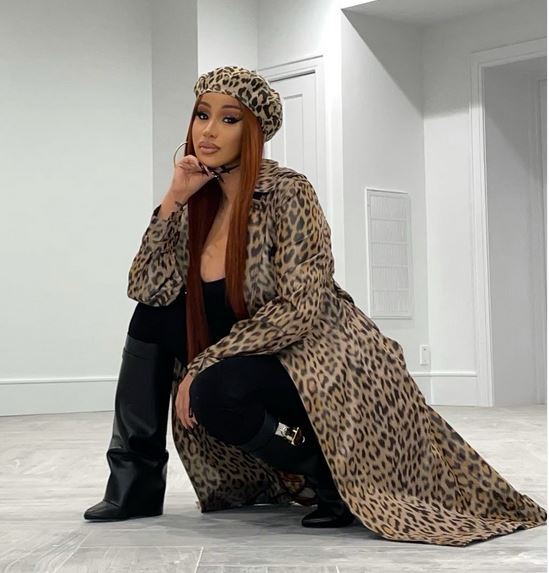 American rapper has hit a major milestone after she became the first woman to have every song on an album become RIAA-certified Platinum.

The 29-year-old has already had her album go triple-platinum, and now all 13 songs on the hit record are at least certified platinum by the Recording Industry Association of America.

Her latest triumph comes after another milestone with the same album, when she became the first woman to have every song on her album be certified at least gold, according to Billboard.

Bodak Yellow and I Like It — which featured Bad Bunny and J Balvin stood out among the album’s 13 tracks.

Both songs were certified diamond, meaning they had been certified platinum 10 times.

Invasion Of Privacy was also critically acclaimed as well, scoring a bevy of strong reviews following its release.

In 2019, it earned the Grammy award for Best Rap Album.

Bodak Yellow and I Like It both earned coveted number one spots on the Billboard Hot 100 singles chart upon their released.

Cardi (born Belcalis Almánzar) was over the moon last week when the Twitter account Chart Data tweeted about the distinction.

‘AMAZING ….can’t wait for my second album [heart emoji]. Thanks for all the love & support,’ she tweeted to her fans.

Invasion Of Privacy has also become the biggest-selling rap album from a female artist of the 2010s, according to the Billboard 200 Decade-End chart.