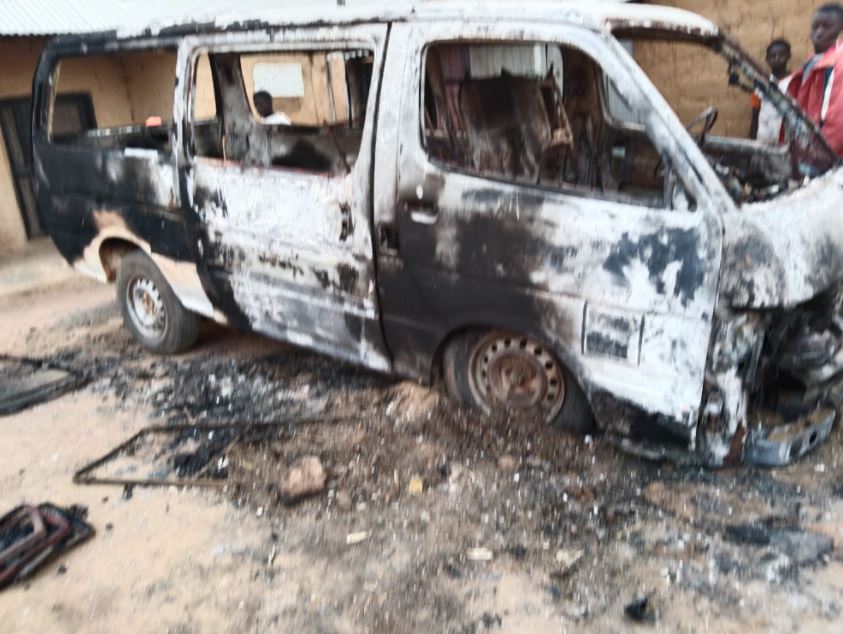 The second man was ambushed along Gero Road from Tin Mining Site and taken to the hospital where he later died.

Three people sustained gunshots injuries and are currently receiving treatment in a hospital. A bus vehicle was burnt down and motorcycles were carted away.

According to Nigerian Tribune, the National President, Irigwe Development Association (IDA), Prince Robert Ashi, at a press conference last week alleged the invasion of farmlands in the community by Fulani herdsmen and the destruction of farms and crops worth N500 million.

The State Commissioner of Police, Mr Bathlomen Onyeka, on Monday, invited the Irigwe and Fulani to a meeting and impressed them on the need for peaceful coexistence.

A police source close to the meeting revealed that both the Irigwe and Fulani agreed to embrace peace and go about their lawful duties peacefully.

The Irigwe Development Association (IDA) in a statement signed by its Publicity Secretary, Mr Davidson Malison, said the attack occurred few hours after the peace meeting, at precisely 7:57 pm.

Speaking to the publication, the National President IDA, Prince Ashi, said the attack was a rude shock given the early peace parley convened by the state commissioner of police on Monday over complaints by the herders that their cows were being poisoned.

“They said that their cows eat poison on our farms and died but I told them they are not supposed to take their cows to farmland for grazing. I do know that farmers usually put something like rat poison in their farms during dry season farming to wade off rodents from destroying their crops.” Ashi said.

However, the State Chairman, Miyetti Cattle Breeders Association( MACBAN), Mallam Nura Mohammad, said no fewer than 33 cows died recently in the area as a result of poison adding that fields, where cattle were being grazed, had been poisoned.

Mohammad who debunked the notion that cows encroached into farmlands added that the Irigwes’ don’t practice dry season farming to warrant cows entering their farms.

He claimed that herders in the area have been directed to relocate to another area to reduce the loss of their cattle.

The Paramount Ruler of Rigwe Nation,Brra Nggwe Rigwe and acting President Bassa Traditional Council, HRH Rev Ronku Aka (Rtd) made the condemnation while reacting to the gruesome killing of his people.

The paramount ruler described the attack as a continued strategy and scheme of the enemies to wipe out the entire Rigwe ethnic nationality.

He said the council has been working round the clock to ensure that the terrror being unleashed on the land is stopped,but the enemies have perpetually kept to their grand scheme of scattering the nation with their evil acts.

The paramount who spoke bitterly said prior to the attack, unquantifiable destruction of farmcrops have been experienced in the land courtesy the enemies’ part of plans to subject the nation to abject poverty.

The Fulani Herdsmen have constantly demonstrated attitude that is not peace in nature even when Rigwe People have shown commitment that is peaceful and lawful,” he stressed.

“The Fulani People should allow peace to reign and ensure that the various committees that are working for peace to be restored finish their work so that peace that is not “rushy” can be permanently restored,”

He added that the Council fumes and condemns the attack in the strongest and highest term and calls for Government and Security agents to without any form of delay fish out the perpetrators and be made to face the full wrath of law.