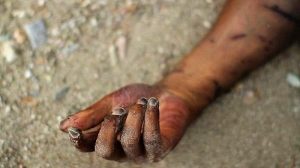 It was gathered that the OYRTMA staff died as a result of the injuries he sustained during the incident.

It was learnt that the deceased fell from the back of a commercial motorcycle he allegedly impounded at Idi Ape area, in Ibadan.

It was gathered that the deceased was rushed to a hospital after the incident.

But, OYRTMA General Manager, Commander Adeoye Adekola, who confirmed the death of the deceased, however, said that the deceased did not fall from the motorcycle.

Adekola, in a statement made available to DAILY POST on Thursday, said that the deceased parked his motorcycle and complained of dizziness.

He explained that the deceased was assisted by his colleague, who rushed him to Adeoyo hospital.

He spoke further by saying that the deceased might be suffering from undisclosed illness before now.

“We had routine deployment of our officers and Mayors at Water/Idi Ape Command, to all our various beats within the jurisdiction, including Traffic controlled light at Idi Ape junction for morning shift today, Wednesday, 30th, March, 2022.

“After the completion of their shift around few minutes passed 2 o’clock, the duo of Kehinde Abdulrasheed Jimoh, (the deceased), and Popoola Babajide left with the deceased’s Okada for office to give their commander the report of their shift.

“On getting to the front of Odua Shopping mall, opposite Oando filling station, Idi Ape, the deceased just parked and complained of dizziness, and he was assisted by his colleague.

“He was then rushed to the govt hospital at Adeoyo with others that came around but was confirmed dead by a doctor.

“He might be suffering from undisclosed illness before now,” he said.