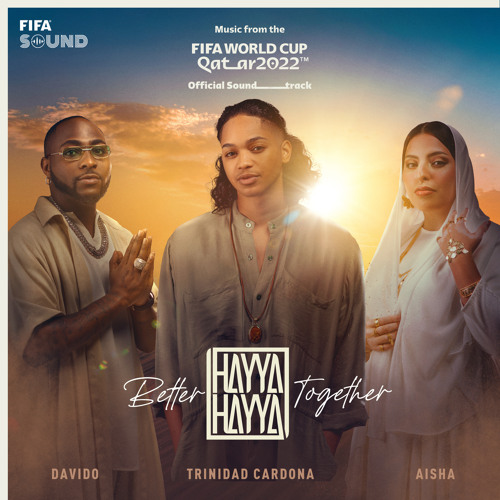 DMW general, Davido has been featured in an official soundtrack of the 2022 World Cup in Qatar.

Despite the failure of the Super Eagles, Davido is set to represent the country in the 2022 FIFA World Cup soundtrack. He will be the first Nigerian singer to has to attain such achievement.
The singer made the announcement on his Twitter page on the 1st of April, 2022 with joy and excitement. He said, “I’m honored to be featured on the Official @FIFAWorldCup 2022 Soundtrack! See y’all later 2NITE ! This one is for Africa! TULE!!!! WE RISE !”.

Davido will perform alongside  American singers, Aisha and Trinidad Cardona. The name of the track is titled Hayya Hayya (better together) which is set to debut on Friday, April 1, 2022, during the draw ceremony.

The song was offered production assistance from RedOne as we wait for the performace which will also be streamed.