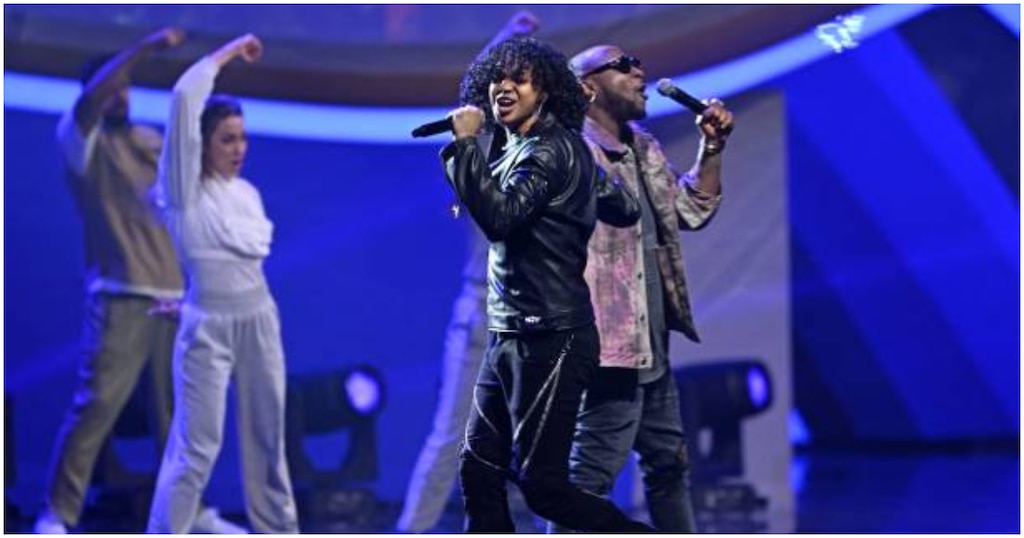 The Super Eagles may not have qualified for the 2022 FIFA World Cup but Nigeria was duly represented at the draw ceremony held in Qatar on Friday, April 1st.

Popular Nigerian musician, Davido was on hand to represent Nigeria as he performed during the draw ceremony alongside Trinidad Cardona and singer Aisha.

According to a report via Pulse Sports, The 29-year-old performed the soundtrack for the 2022 FIFA World Cup which dropped earlier in the day.

This will serve as a moment of consolation for most Nigerians as the Super Eagles had failed in their attempt to qualify for the World Cup.

The Super Eagles were eliminated by arch-rivals, Ghana in the third round play-offs after both teams played a 1-1 at the Moshood Abiola Stadium in Abuja.

Davido has always been a fan of football Nigerian singer, Davido has never hidden his love for the game of football as everyone knows he is a “die-hard” Manchester United fan.

The English Premier League record winners had in 2021 recognized the 29-year-old’s presence at Old Trafford when he watched a Champions League game Legit reports. The Red Devils did however give the Nigerian a spectacle as they came back from 2-1 down to earn a massive 3-2 win against Atalanta.