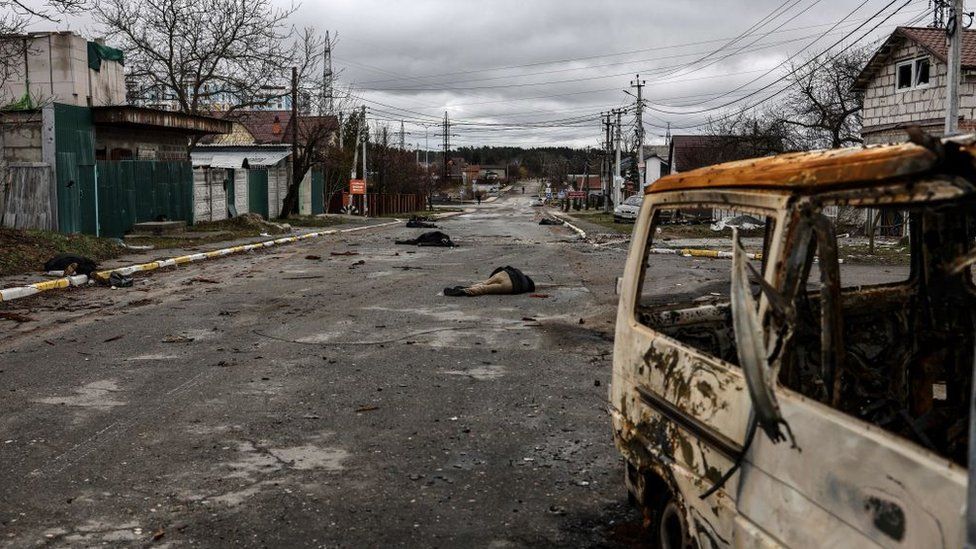 @Viktoriia_UAH tweeted;
My brother sent this to me. Town of Bucha northwest of Kyiv. The amount of dead citizens on one street alone…I just can’t even process.

@Visegrad_24
The city of Bucha, with its 37 000 inhabitants, was retaken by the Ukrainian Army yesterday.

Dozens of bodies can be seen on the city’s streets.

Some, such as the man with his bicycle, clearly seem to have been civilian.

Evidence of another Russian war crime.