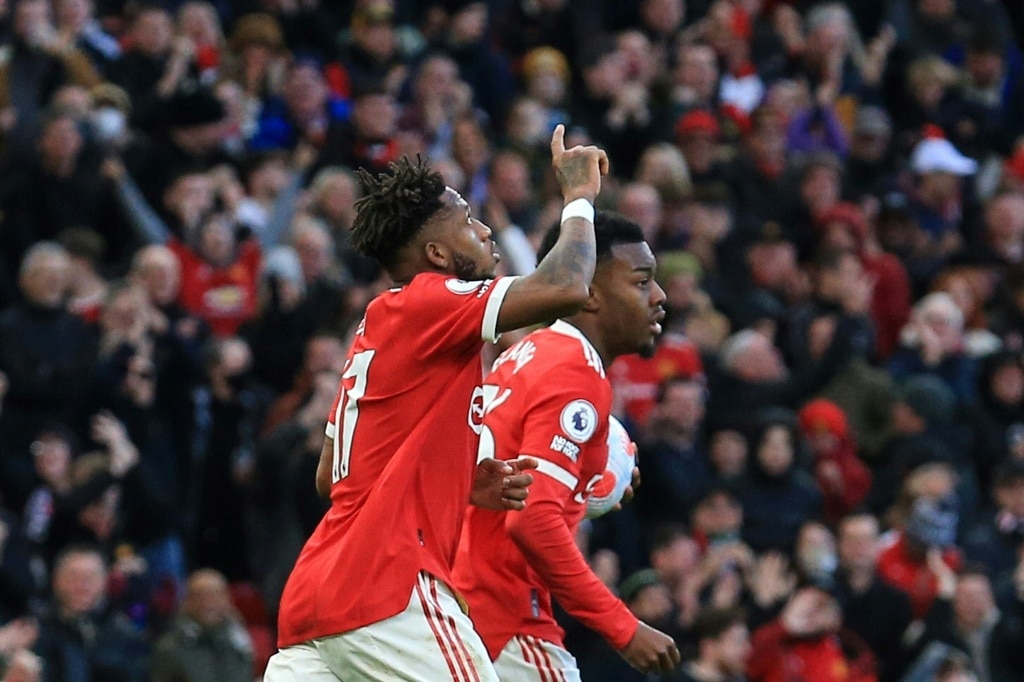 Manchester United dropped more valuable points as they drew 1-1 at home to Leicester on Saturday, slipping further off the pace in the battle to secure Champions League football for next season.

The draw at Old Trafford leaves Ralf Rangnik’s misfiring side three points behind the fourth-placed Gunners, who have two games in hand. United, missing top-scorer Cristiano Ronaldo through illness, looked anaemic in attack for most of the first half as they struggled to establish any attacking rhythm.

Bruno Fernandes, who signed a new deal at United this week, was put through by Fred in the 27th minute but the Portuguese playmaker failed to make good contact and Kasper Schmeichel saved with his outstretched left foot. Minutes later Leicester had a chance to take the lead but Kelechi Iheanacho failed to control the ball on the edge of the area and ended up skewing his shot wide.

The sides remained deadlocked at 0-0 at the interval.

United looked sharper in the early stages of the second half but midfielder Scott McTominay was lucky to stay on the pitch after a nasty-looking challenge on James Maddison. Marcus Rashford was brought on by interim manager Rangnick to replace McTominay and add extra zip to the home side’s attack. But it was the visitors who took the lead in the 63rd minute when a United attack broke down and Maddison attacked down the left.

The England international produced a fine left-footed cross and former Manchester City forward Iheanacho headed past David de Gea, who got a hand to the ball but could not keep it out. Leicester’s lead was short-lived, however, with United level just three minutes later. The ball broke for Fernandes after the visitors failed to clear their lines properly and Fred lashed into the roof of the net. Leicester had chances to re-take the lead.

Inheancho lifted the ball over the crossbar from a tight angle and De Gea then produced an outstanding fingertip save to keep out a goal-bound header from Wesley Fofana. Leicester continued to look the more dangerous side and had the ball in the net with about 10 minutes to go when Maddison finished at the back post. But the goal was overturned for a foul by Iheanacho on Raphael Varane. United piled on the pressure late on but could find a winner.