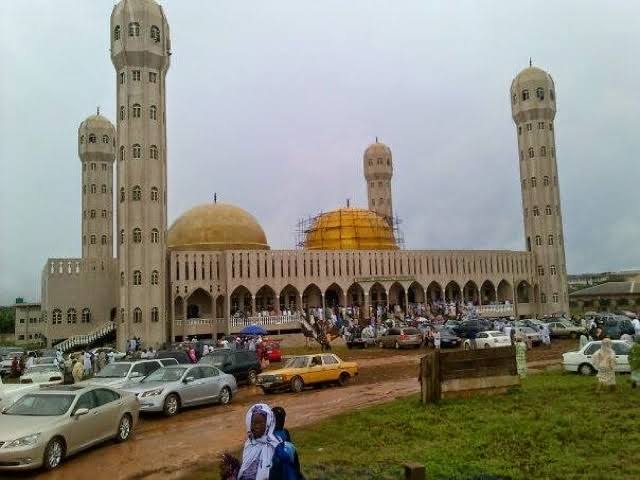 Some unknown gunmen have invaded a mosque at Soyoye, Rounder area of Abeokuta, where they kidnapped an Inspector of Police and two other worshippers.

The police officer, Inspector Kamarudeen Bello, was kidnapped in the mosque last Sunday around 8pm, while praying.

ABEG.NG learnt that the cop is attached to one of the divisional police headquarters in Abeokuta, the Ogun capital.

Bello, whose wife gave birth four days before the incident, is reportedly the Imam of the mosque.

“After he was abducted alongside two others, the kidnappers called to demand N5 million ransom for the release of each of the victims. But with pleadings and negotiations, the money was reduced” a source said.

The source, who did not want to be mentioned, added that, “the wife of Inspector Kamarudeen was contacted with the phone number of one of the kidnapped victims.”

It was learnt that the kidnappers did not know that Bello is a police officer, as he was not in uniform or with any identity when he was picked up in the mosque.

“Most of us were scared when they kidnapped him; we didn’t want them to know he is a policeman. If they knew, they might have killed him over fear that he would aid their arrest,” another source stated.

Our correspondent learnt that the policeman and others kidnapped with him have been released before the week ran out, after the payment of ransom.

“I don’t know how much each of them paid, but I think the police Inspector parted with about N700,000 before he was released,” it was gathered on Thursday.

However, Oyeyemi said he was not aware of any ransom paid.

He added that that police would not relent in dealing with kidnappers and other criminal elements terrorising the state.