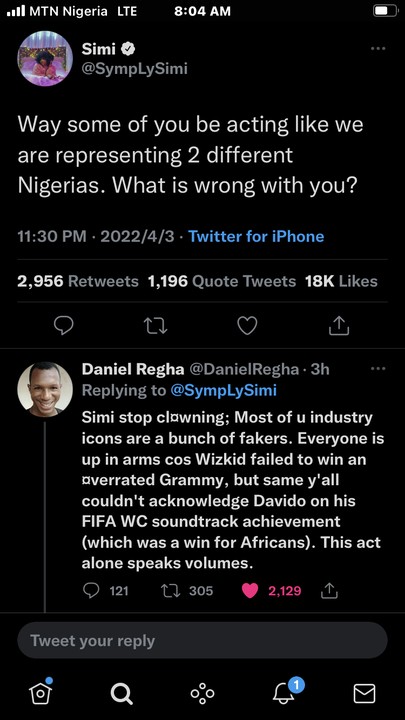 Controversial singer Simi was brought to nothing by thousands of fans at she posted on Twitter page asking fans if they were been divided.

It didn’t stop there. They also called out her Husband Adekunle Gold (AG Baby) for marrying a mess. Calling him names like Fatai etc.

Way some of you be acting like we are representing 2 different Nigerias. What is wrong with you? 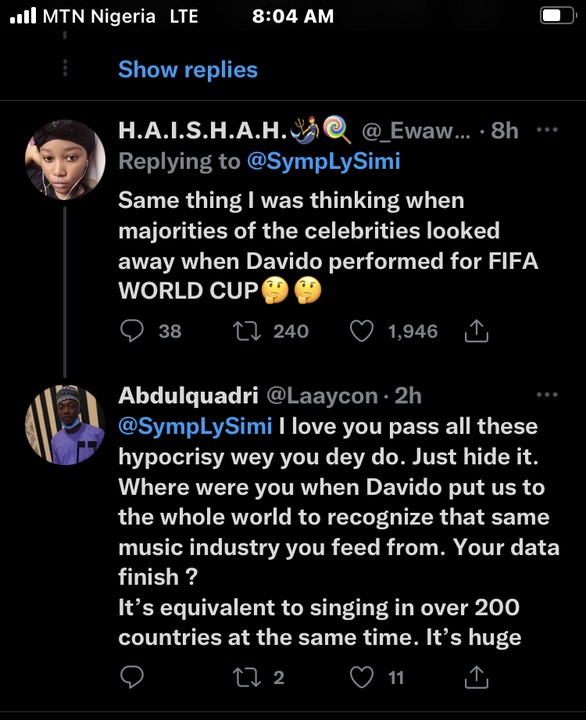 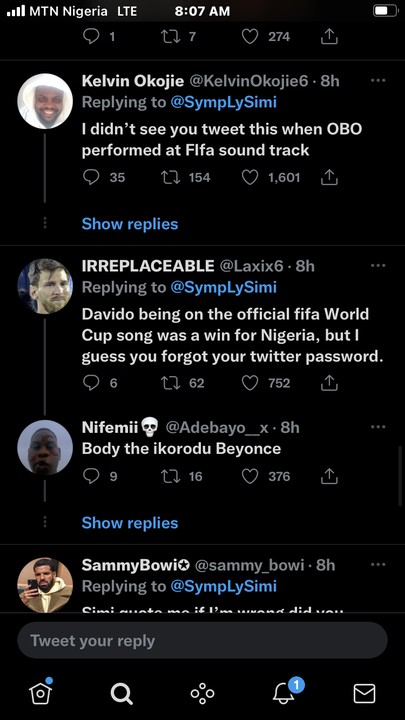 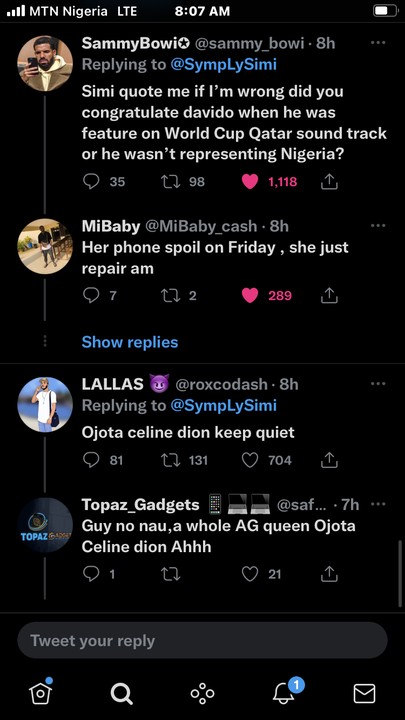