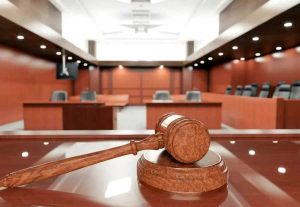 A 30-year-old man identified as Shola Oguntuase has been sentenced to life imprisonment by an Ado-Ekiti High Court on Tuesday for having unlawful carnal knowledge of a 14-year-old JSS 3 student.

The convict was arraigned and tried before Justice Adekunle Adeyeye on a one-count charge of defilement.

Delivering judgment, Justice Adeyeye, held that the prosecution proved its case against the convict beyond all reasonable doubts, hence, his conviction.

“The defendant is hereby sentenced to life imprisonment,” the judge ruled.

Olowoyo, in proving his case, presented the victim’s statement to the police before the court as evidence.

The prosecutor further called four witnesses and tendered medical reports as exhibits before courts to prove her case of rape.

“So Sad! Gunmen Kill SS3 Student In Benue (Photos)
“11-year-old Boy Falls Into Coma And Dies After Being Repeatedly R*ped By Four HIV Infected Brothers
“Man Kills Sex Worker He Slept With After Finding Quran In Her Room In Lagos
“Man Commits Suicide In Jigawa After His Girlfriend Married Another Man
Loading...
No Comments Yet Drop a Comment