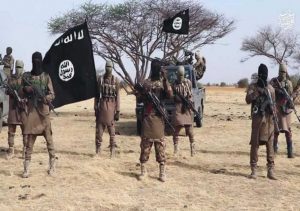 Borno Commissioner of Police, Abdu Umar, who made this known in an interview with the News Agency of Nigeria (NAN) in Maiduguri on Tuesday June 14, said the incident occurred on June 7, 2022.

“At about 7.30, one Ari Mustapha of Mairari village in Konduga, reported that some gun men suspected to be Boko Haram insurgents invaded his home and kidnapped his two daughters,” he stated.

“He also said that the insurgents stole two bulls and other belongings before fleeing away,” the CP said.

The police boss said that on receiving the information, a crack-team was deployed on a search and rescue around the environment but to no avail.

Umar said that the command would intensify the search until the victims are rescued and reunited with their families.

The commissioner urged the people to report any suspicious activities to the nearest security outfit around them.