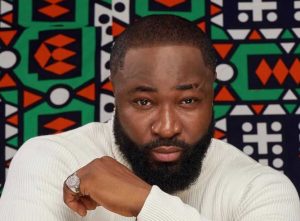 Popular Nigerian singer, Harrysong, has lamented after he lost three endorsement deals because of internet fraudsters known as Yahoo boys.

According to him, it was due to fear of the “yahoo boys” who he claimed had been trying to hack into his Instagram page.

In what appeared to be a display of his anger, the 41-year-old singer said he felt like “biting someone’s ear right now”.

“Just because of the fear of yahoo boys and fraudsters in my dm trying to hack my page, I missed 3 big endorsement deals,” he wrote. 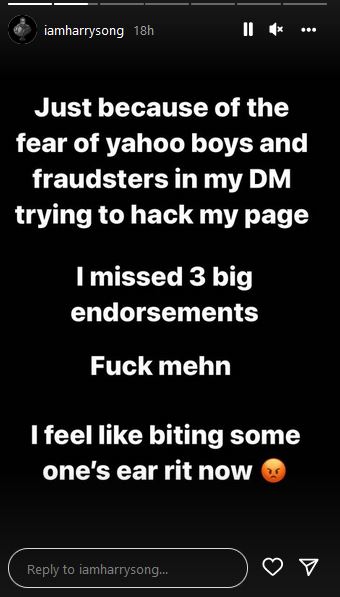