Man Commits Suicide In Jigawa After His Girlfriend Married Another Man 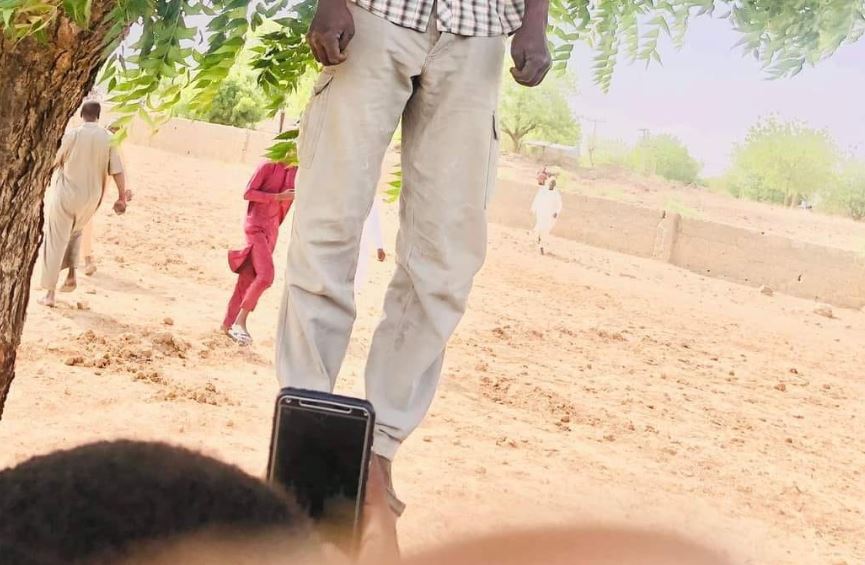 A 42-year-old man identified as Ibrahim Adamu Mohd has taken his life at Kanti quarters in Kazaure Local Government Area of Jigawa State after his girlfriend ended their relationship and got married to another man.

It was gathered that residents of Kanti woke up on Sunday morning, June 12, and found the man with a rope around his neck, dangling from a tree.

Spokesperson of the Jigawa State Police Command, DSP Lawan Shiisu Adam, who confirmed the incident on Monday, said the deceased is an indigene of Gayawa village in Ungogo LGA of Kano State.

He said Mr. Ibrahim committed su*cide by hanging himself along Daura Road Adjacent Baushe filling station in Kazaure town at an uncompleted building.

The PPRO said a wedding invitation card and two SIM cards were found in the deceased’s possession.

Speaking to Premium Times, the police spokesperson said that the invitation card is that of the girlfriend.

He said that the family of the man confirmed that the man killed himself because he was heartbroken after his girlfriend married another man.

Adam said the deceased travelled from neighbouring Kano to commit suicide in the area, saying that was why he was not immediately identified by residents who spotted his body dangling from the tree.

The body of the deceased has been deposited at a mortuary in the Kazaure council area. 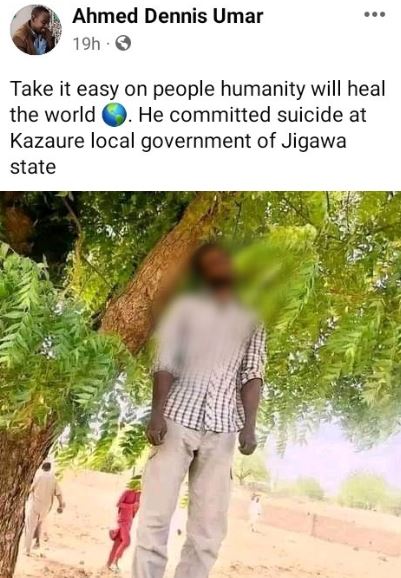