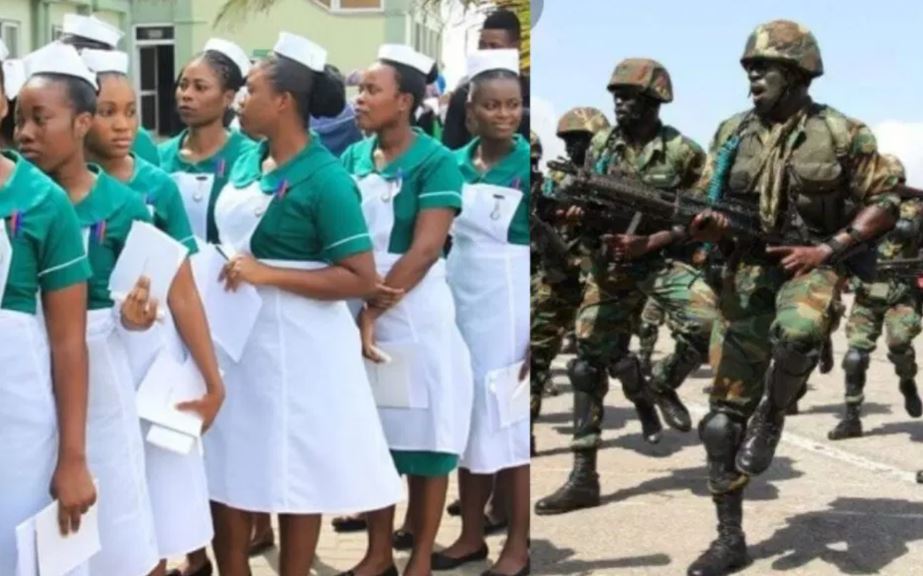 Two military personnel under training at the 155 armoured regiments in Damongo in the Savannah Region of Ghana have been arrested for allegedly having unlawful carnal knowledge of a female student of the Damongo Nurses Training College.

Citi News reported that the incident occurred around 11:00pm on Sunday, June 12, when the suspects went to the school to meet their female friend.

The victim who was in the school to take her documents came out of the room and the soldiers mistook her for their friend and dragged her to a urinary pit and r*ped her.

The incident was reported to the military command in Damongo, an identification parade was made and the two were identified.

They were subsequently handed over to the police for further investigations. The two soldiers will be arraigned before the Bole District Court on Tuesday, June 14.