Why I Fought With Mercy Aigbe At An Event – Lara Olukotun 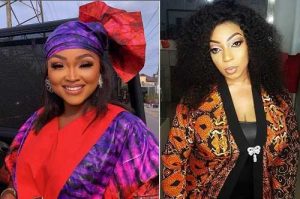 Nigerian businesswoman, Lara Olukotun aka Larrit has opened up on why she fought actress, Mercy Aigbe at a recent event in Lagos.

This comes after Aigbe had claimed that Olukotun attacked her unprovoked and stated that she had retaliated due to the businesswoman’s incessant cyberbullying and physical assault.

However, giving her own side of the story on Tuesday, Olukotun in an Instagram post said she fought Aigbe due to the actress’ attitude in her (Aigbe’s) marriage to movie marketer, Kazim Adeoti.

The businesswoman noted that Aigbe dared Adeoti’s first wife whom he shared four kids, and that was why she was publicly against the actress.

“You kept on daring the other woman on what can she do and calling yourself ‘Aya d owner’; the husband that belongs to another woman that has for kids for d same man u married is what I stand stood against.

“If that is my crime to have offended some people, I say it here publicly that I’m not sorry,” the businesswoman said.

She also accused Aigbe of “always acting like a victim to the public and showing your devilish part behind close doors.”

“Anyone can buy your drama. That’s not my business but don’t play with me,” Olukotun slammed Aigbe.

Knocks have trailed the public fight between Mercy Aigbe and the businesswoman after the video went viral on social media on Monday.