There Is A Serial Killer And Rapist In Remo, Ogun – Police Warn Women Using Okada 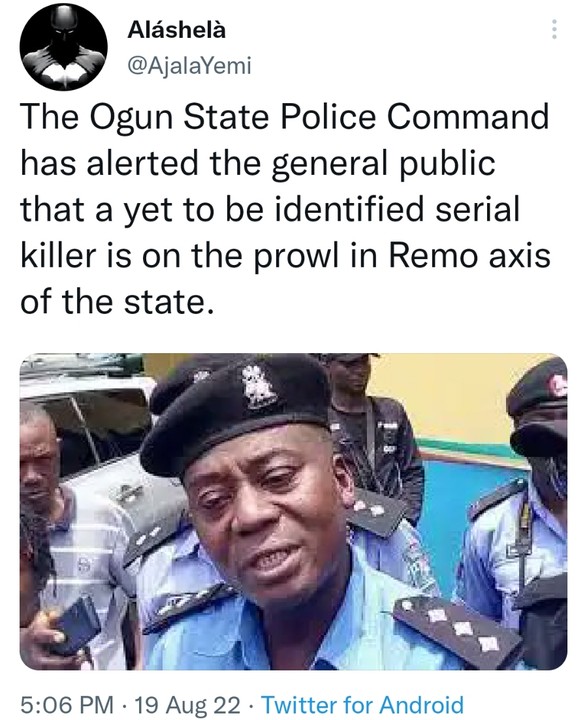 The Ogun State Police Command has alerted the general public that a yet to be identified serial killer is on the prowl in Remo axis of the state.

The Command’s Public Relations Officer, Superintendent of Police, Abimbola Oyeyemi, said in a statement in Abeokuta on Friday that modus operandi of the serial killer is to pretend as a commercial motorcyclist popularly known as “okada” and picks his targeted victim as passenger.

According to Oyeyemi, such victims who are mainly women will be taken to an isolated area where they will be raped and brutally murdered in cold blood.