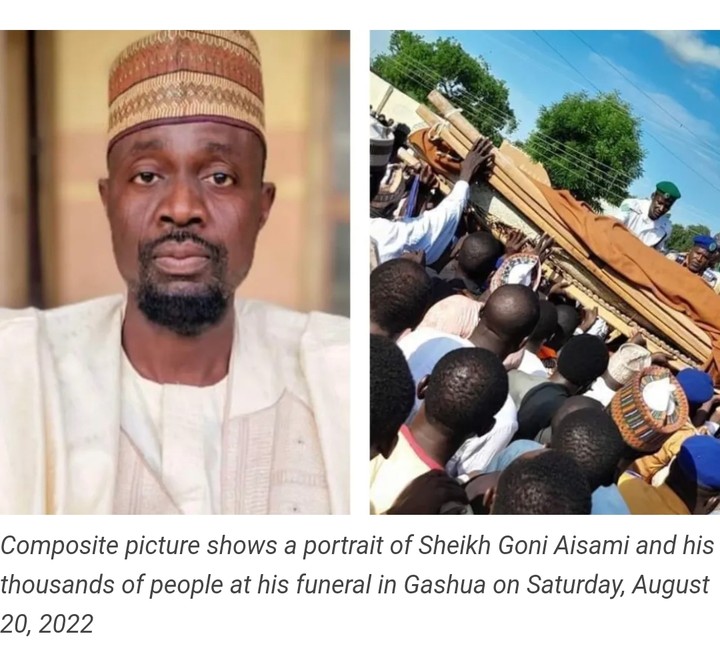 Yobe State Police Command has arrested two soldiers in connection to killing of a renowned Islamic scholar, Sheikh Goni Aisami who was murdered on Friday around 9pm while on his way to Gashua from Kano.

Multiple local sources alleged that the cleric was killed by the soldiers after giving them a lift from Nguru military checkpoint to Jaji-maji, a nearby community under Karasuwa Local Government Area of Yobe State.

The sources said he was shot dead while his car, a red Honda Accord (Discussion Continues), which was taken away by the soldiers before they were apprehended by the police.

He said the two suspects had been taken to Criminal Investigation Department of the command in Damaturu for investigation.

The popular Islamic scholar was buried on Saturday in Gashua town of Yobe State amid tears by thousands of his students, family members as well as associates.