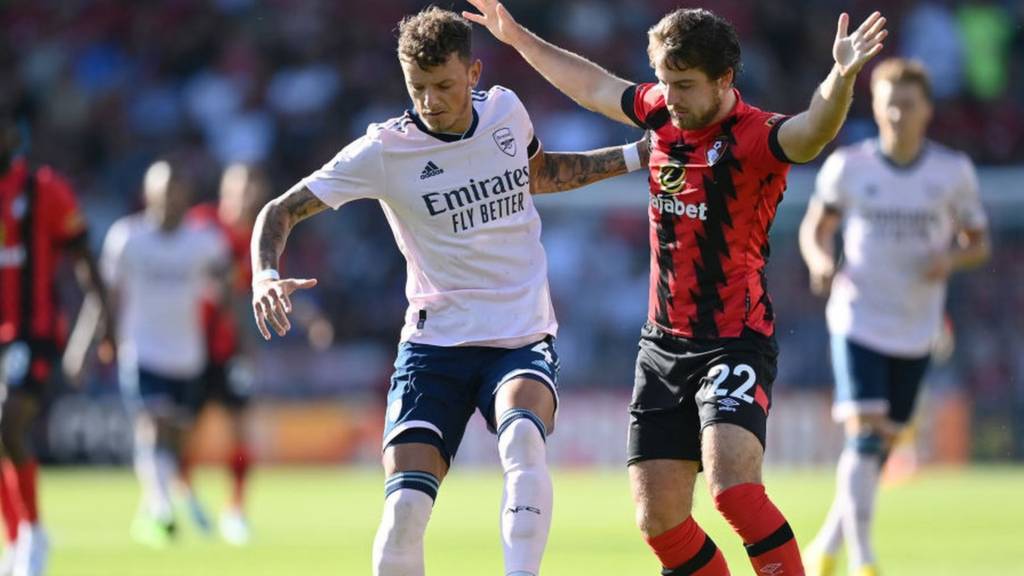 Arsenal maintained a 100% winning record as the Gunners brush aside Bournemouth 3-0 at the Vitality Stadium to move top of the Premier League table.

The Gunners had a perfect control of the game and were quick to strike first through captain Martin Odegaard’s well-taken double.

After the break, William Saliba curled home a beautiful third before Gabriel Jesus saw his clever finish ruled out by VAR for offside.

It is the first time Arsenal have won their opening three fixtures since the 2004-05 season.

Bournemouth had won their first home game back in the Premier League against Aston Villa and there was a rousing feel to this Saturday teatime kick-off at the division’s smallest ground. But it was never meant to.