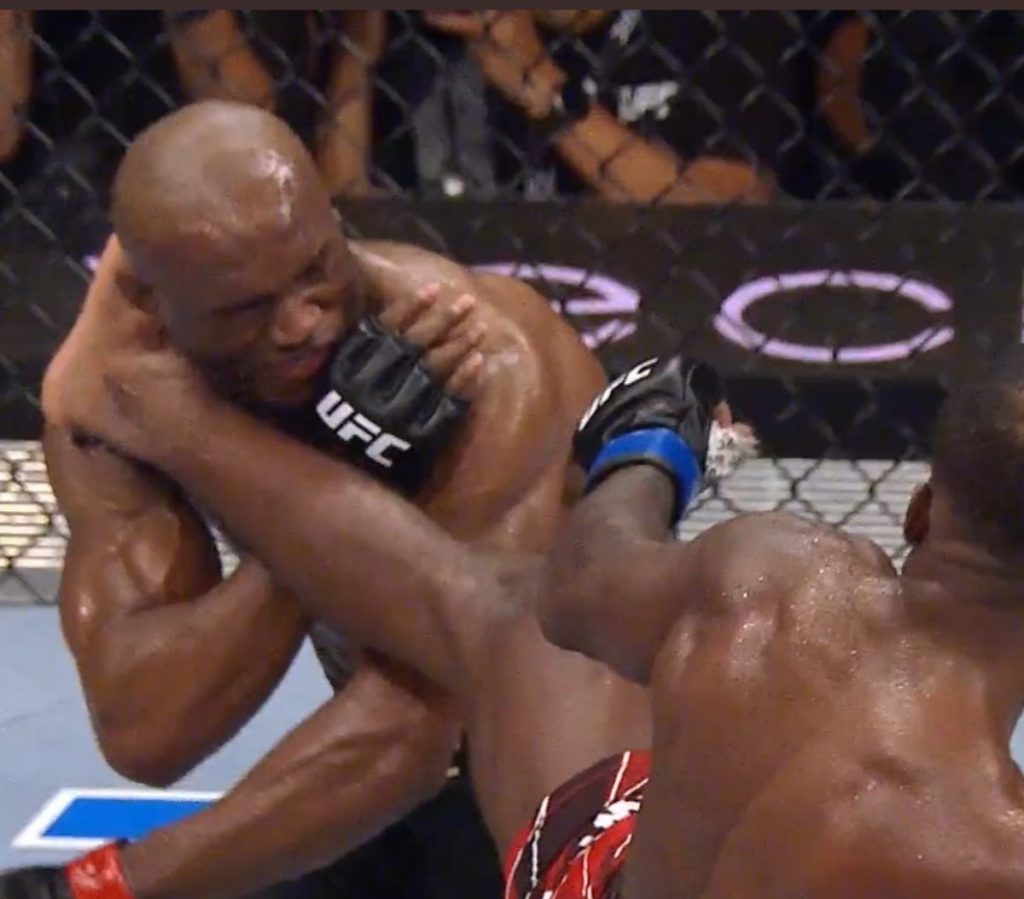 Leon Edwards is the new Ultimate Fighting Championship welterweight champion after a shocking knockout win against Nigeria’s Kamaru Usman in the early hours of Sunday.

Edwards made history on the night as the first fighter to take Usman down and also record a knockout win against him in 16 UFC fights.

His undefeated streak improved to 11 and Usman saw his 19-fight winning streak and suffered his first loss in nine years.

With Usman ahead on the score card and just seconds away from retaining his welterweight title, Edwards needed to pull something out the bag.

And he did it in the most spectacular style in the very last minute of the fifth round, after connecting with a left high kick to send Usman crashing to the floor.

He is now the second British champion in the promotion’s history, following in Michael Bisping’s footsteps.

The Jamaican-born British fighter got off to a perfect start as he took Usman down to take round one with a score of 9.94 – 9.06.

In round two Usman came out fully charged up in the unfamiliar position of being behind in a fight and secured an easy takedown and finished the round 9.95 to Edwards 9.05.

Usman continued to dominate and also took the third and fourth rounds by a score of 10 – 8.98 and 10 – 9 respectively.

But in the last seconds of the fifth round, Edwards delivered a brutal left high kick which connected to Usman’s head and floored him.