Photo Of Suspected Cultists Who Were Nabbed For Stealing Phones, Accessories In Ogun 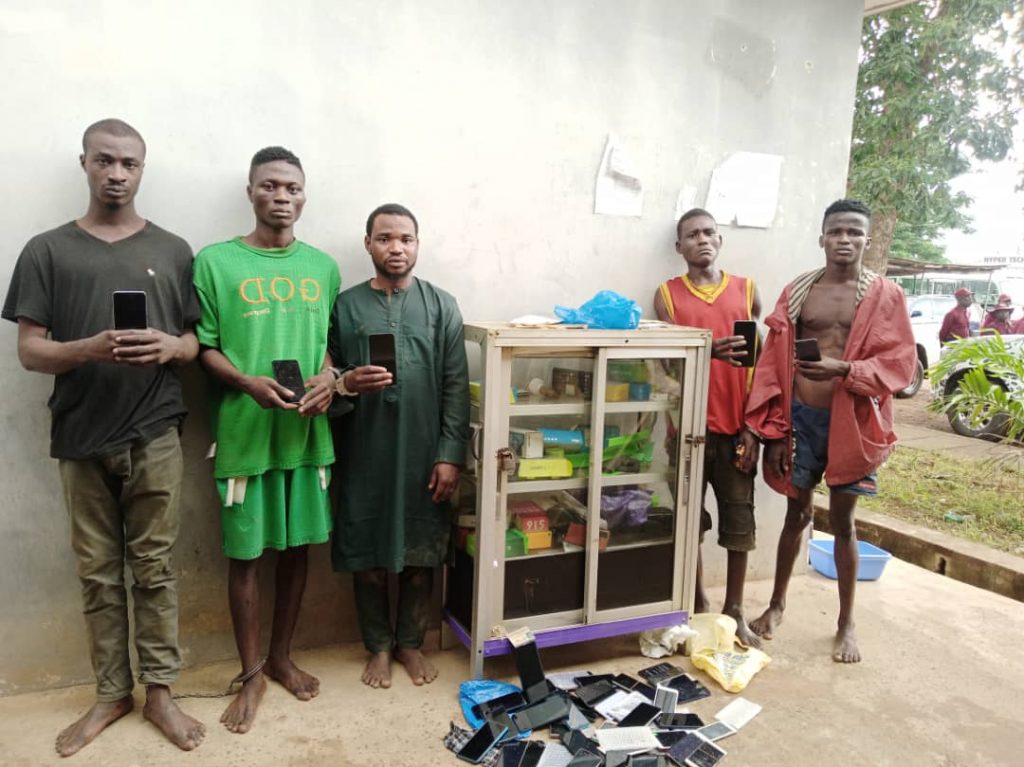 They were arrested for allegedly stealing phones and accessories in Sagamu.

“They were arrested for alleged conspiracy, stealing a Samsung S10 android phone with other accessories, as well as cultism”, Akinremi said.

It was gathered that the suspects on August 4, 2022, at about 7 am attacked one Osikoya Noah (14 years) of GRA Sabo, Sagamu at Ajegunle Junction, while on his way from a church service.

Claiming to be Aiye secret cult members, they reportedly threatened to kill Noah, if he failed to surrender his Samsung S10 Android phone to them.

With the death threat, the victim surrendered his Samsung phone worth N140,000 and an electronic power bank valued at N20,000 to the gang.

“When our operatives got wind of this, they swung into action, which led to the arrest of the four suspects, who in their statements, confessed the commission of the crime including their membership of Eiye cult group operating in Sagamu as well as their involvement in the killing of rival cult members in recent times.

“They also admitted selling the telephone handset and power bank to one Umar Abdulahi ‘M’, a second hand phone dealer in Ogere for N20,000.00,” Akinremi said.

The retired police Commissioner hinted that “the criminal receiver was consequently arrested after painstaking surveillance and he admitted receiving the stolen items from one of the suspects mandated to dispose it but that he has in turn sold the items to an unnamed person.”

The suspects and the items recovered have been handed to the police, Akinremi told ABEG.NG