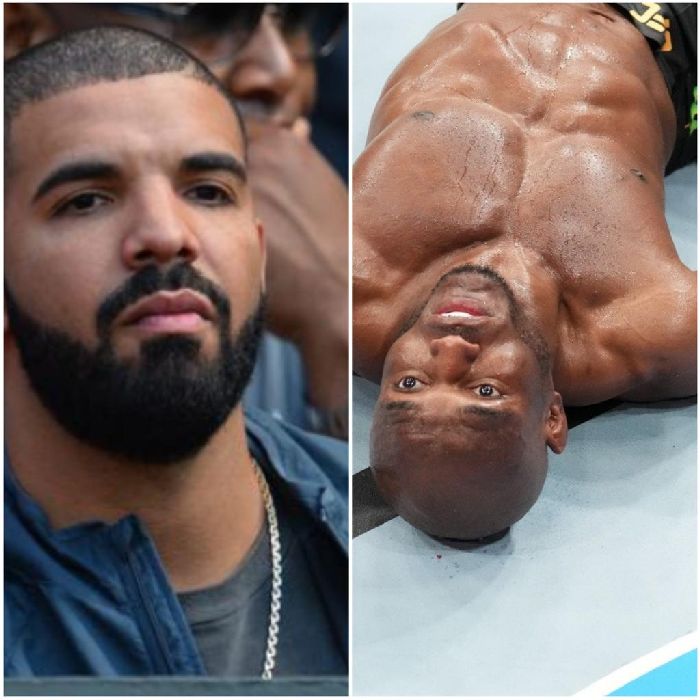 Drake bet $200,000 on Usman to defeat Edwards on the first ticket. The other was a combination of victory for Usman to win and also for a Jose Aldo victory worth $230,000. Clearly, neither prediction was accurate at all.

Both outcomes were defeats for the fighters Drake bet on as he lost a combined $430,000 on two UFC278 tickets.

Drake’s appearance at numerous sporting events throughout the years wearing the uniform of the losing team served as the inspiration for the term “Drake Curse.”

This weekend, fans were quick to make fun of him once more after he flaunted the bets he had placed beforehand through his social media channels.

Drake then decided to bet on Usman, Adesanya’s compatriot but the result was different.

Drake put out two tickets on his official social media handles just before the start of UFC 278 at the Vivint Arena in Salt Lake City, Utah. 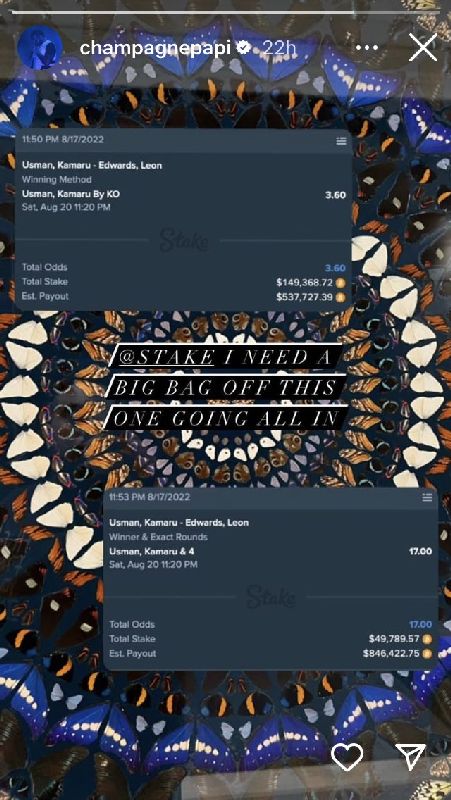