I Am Not Joining Man United Because Of Money – Casemiro 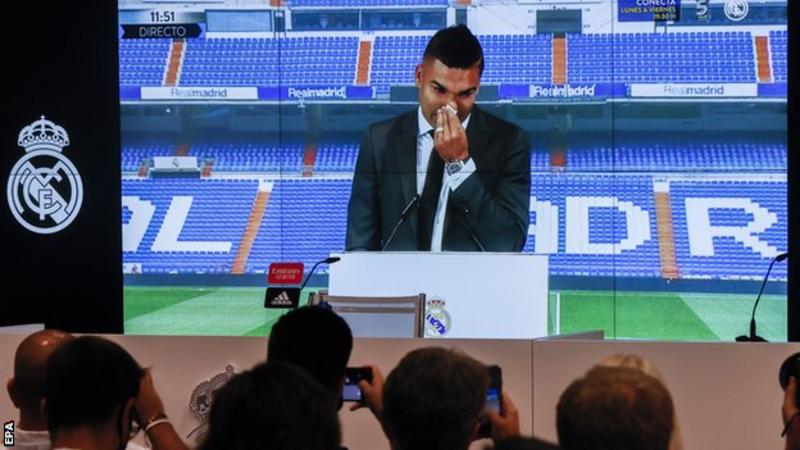 Casemiro said his impending move to Manchester United is not motivated by money as he bid an emotional farewell to Real Madrid on Monday.
The Brazil midfielder, 30, said he is joining “the biggest team in the world” after a nine-year spell with Real.

United have agreed to pay up to £70m to sign Casemiro on a four-year deal which would make him one of the top earners at the three-time European champions.

“If it was about money I would have left four or five years ago,” he said.

“Those people who think that are wrong, they don’t know me at all.

“The club has always treated me very well. It’s my decision, my path.”