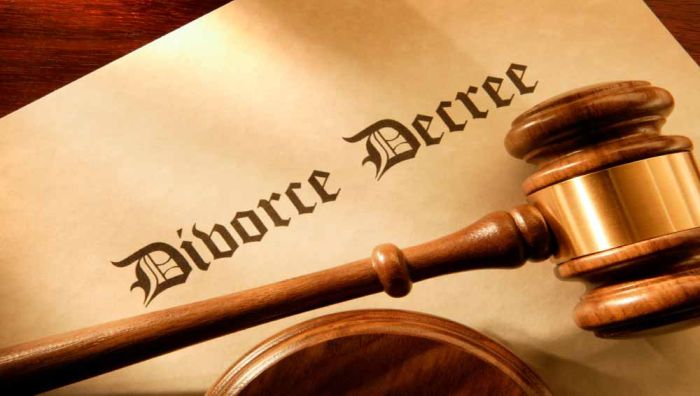 A man has reportedly divorced his wife after she refused editing her surname in all her documents and social media handle.

The story was shared by a Facebook user, identified as Iyke Orji.

According to him, a friend of his had asked his wife to edit her father’s name from all her documents as well as her social media handles.

The lady had refused, stating the likely loss of followers as reason not to, among others.

Iyke Orji added that the man’s wife had stated that she’d rather quit the marriage than make the changes.

See his full narration below:

A marriage of 2 years.

See the full story below:- 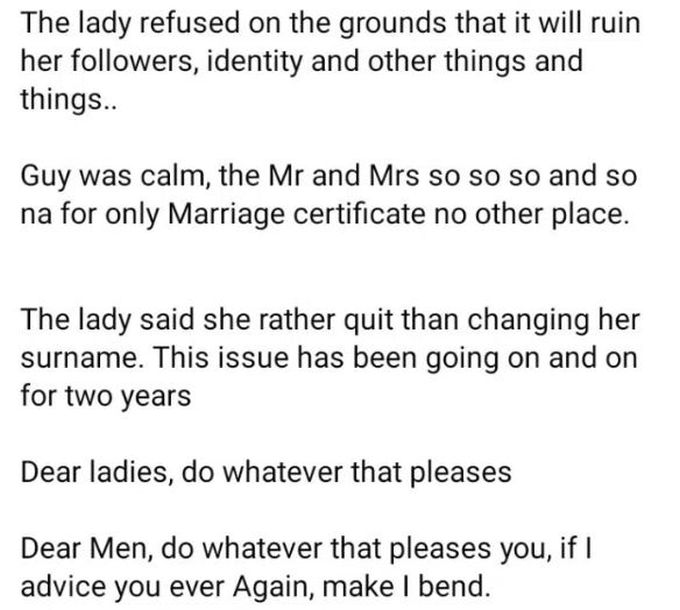