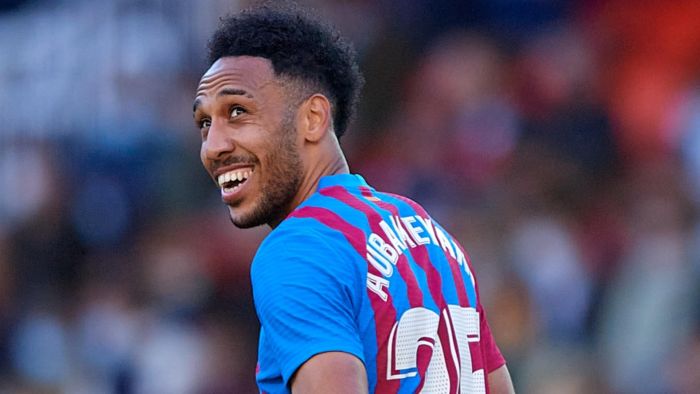 Barcelona striker, Pierre-Emerick Aubameyang has made a U-turn on Chelsea this summer.

Last month, it was reported that the Gabon international did not want to leave Barcelona for Chelsea and was intent on staying at Camp Nou.

Barcelona need to register a new €55 million (£46.4m) summer signing, Jules Kounde which they cannot do now due to their current financial difficulties.

Barcelona had hoped to offload Frenkie de Jong, but it now appears Aubameyang is closer to an exit, despite only joining in February.

Sky Sport Germany reports that Aubameyang is now close to joining, as an agreement between Chelsea and Barcelona is now close.

According to the report, Thomas Tuchel has been the driving force behind Chelsea’s push to sign Aubameyang.

Tuchel still has a positive relationship with Aubameyang following their time together at Borussia Dortmund.