DO YOU AGREE?? Liverpool Are Seriously Missing Sadio Mane 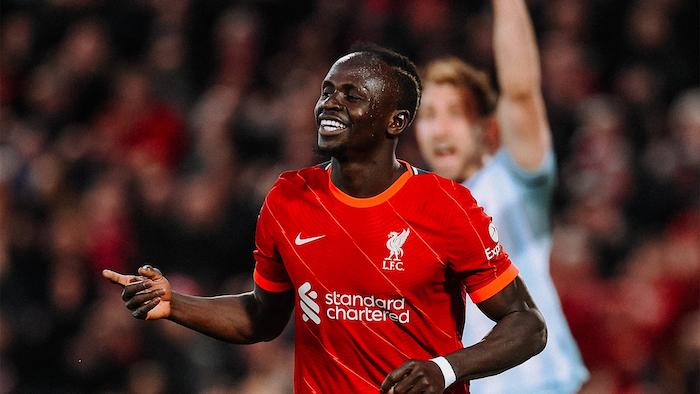 Liverpool legend, Steve Nicol has insisted that the team is not missing Sadio Mane despite their 2-1 defeat to Manchester United on Monday.

Nicol also slammed right-back, Trent Alexander-Arnold’s ‘attempt’ to defend Jadon Sancho in the build-up to Man United’s opener and claimed Liverpool’s backline can no longer cover for the England international.

Two goals from Sancho and Marcus Rashford gave Erik ten Hag’s side all three points against Liverpool at Old Trafford.

“We are not telling Klopp anything he doesn’t know,” Nicol told ESPN FC. “But what Klopp is doing is he’s basically saying to himself, “you know what we get so much from this kid [Alexander-Arnold] going forward that we are gonna have to take on the chin what he doesn’t have defensively”.

“And that was okay when the other three were at their best. They made up for him [Alexander-Arnold]. But it’s every game now, there are problems down that side and they are finding it hard to cover for him now. Nobody has been able to cover for him. He can’t do it.

“I mean, you saw his attempt to try and deal with a one-two, there was not any commitment in it whatsoever. He jogged back into the middle of the park. Now had he sprinted into the penalty box, he might have actually got a challenge on Sancho, but he didn’t, he walked.

“Defending is not his forte. We know it, Klopp knows it, but Klopp is prepared to take the negative because of what he gets going forward.”

When asked if he would admit Liverpool were missing Mane, who left Anfield to join Bayern Munich this summer, Nicol told ESPN FC:

“Because it’s a bad start, it’s because of Mane?

“Mane wasn’t playing center half was he? Or right back? Or center mid? If Mane was playing today, he wouldn’t have seen the ball either. He wouldn’t have got a kick either.”

But co-pundit Don Hutchison disagreed as he claimed Man United would have been terrified if Mane had been at Old Trafford.