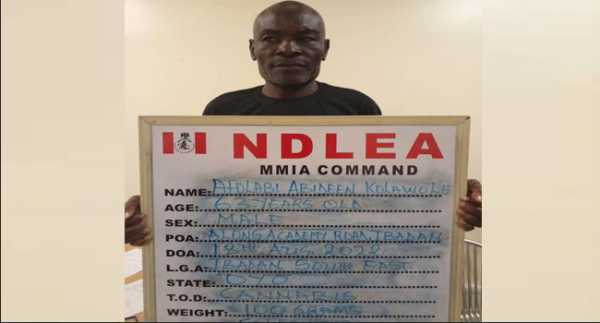 Afolabi’s consignment had earlier been intercepted on the 4th of August, he was however, arrested in Ibadan, Oyo state on Thursday 18th August after more than four sets of arrests eventually unraveled him.

The 63-year-old confessed that he was responsible for the packaging of cannabis inside the black native soap used as mode of concealment.

According to Babafemi, while Abibu was still being interviewed in custody, a 37.1kg consignment of Loud intercepted on July 7, 2022, was also traced to him.