WEIRDO!! Bella Shmurda Opens Up On Reasons Why He Love Wearing Skirts 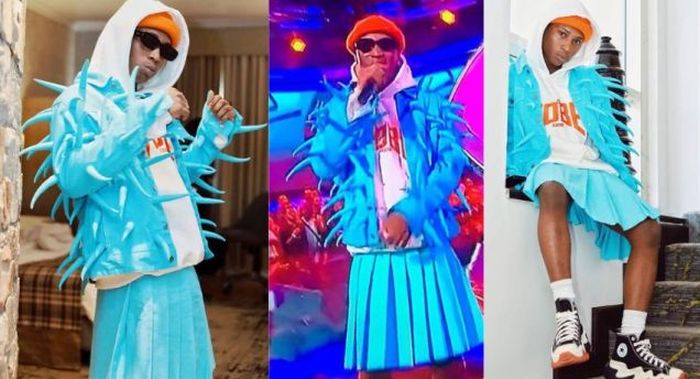 Bella Shmurda has let us in on the reasons behind his skirt-wearing moments which have garnered quite the outcry on social media.

Self-acclaimed newborn Fela, Bella Shmurda has opened up on reasons why he’s been rocking skirts in an interview with media personality, Ebuka on the Rubbin’ Minds show.

With further mention from Ebuka of the controversial aftermath of his skirt-clad appearance at the BB Naija show, Bella Shmurda added he’d been rocking skirts for two years and that while he wasn’t wearing skirts to chase clout, he used them and his art as a form of expression.

Bella Shmurda previously rocked a skirt for his performance at the BB Naija live show some weeks ago and also wore a skirt in the video of his hit single, Rush. Coincidentally the star was also wearing one during his interview with Ebuka.