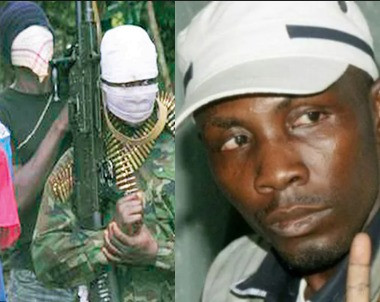 If the federal government does not revoke the N4 billion annual pipeline surveillance contract awarded to Tompolo, former militants from Akwa Ibom State have threatened to shut down oil production in the state.
Sources had earlier claimed that the Federal government had reached an agreement with Tompolo to put an end to illegal oil theft in the Niger Delta, including illegal refining and illegal bunkering. The former MEND commander’s responsibilities will include monitoring and supervising other surveillance contracts, contractors, and their operations throughout the entire Niger Delta.

In a petition signed by the State Coordinator-General of the ex-militant forum, Johnson Solomon and the Secretary, Godwin Edohoaqua, the former Akwa Ibom militants gave the federal government seven days ultimatum to address the situation or face mass protest that might affect oil and gas production in state.

The group said it was wrong for the federal government to award contract for the surveillance of oil pipelines passing through Akwa Ibom State without engaging youths from the state whose communities had suffered environmental degradation over the years as a result of oil exploration and exploitation activities.

The group called on the federal government and the Nigerian National Petroleum Company (NNPC) to revoke the contract with Tompolo to accommodate former Niger Delta agitators from Akwa Ibom State, pointing out that most of the oil and gas pipelines pass through the state.

“In 2015, when President Goodluck Jonathan was about to hand over to President Muhammadu Buhari, Ex-Militants from Akwa Ibom State in our numbers protested to the National Assembly against similar contract which did not accommodate us.

The leadership of the National Assembly with Heads of security agencies received our protest letter and assured us that Akwa Ibom Ex-Militants will be accommodated in future contracts.

It is wrong for the federal government to shortchange the youths of Akwa Ibom State by awarding such a bogus contract to a sectional former leader of Ex-Militants while Gas and Oil pipelines crisscrosses our land but we are not engaged, we won’t accept such marginalisation.

We are giving the federal government a seven-day ultimatum to address the situation or we will embark on a marathon protest that will shot down oil and gas production in Akwa Ibom State.

The group advised the federal government to award the contract in sections to accommodate youths of all the oil producing states in the region, to avoid renewed agitation and possible negative actions that will defeat the purpose of government intentions.

“We are familiar with the terrain and pipeline routes running across the state and only youths from Akwa Ibom State can protect the pipelines better than a visitor, if our youths are engaged in such a project, the rate of unemployment will reduce.” the group argued